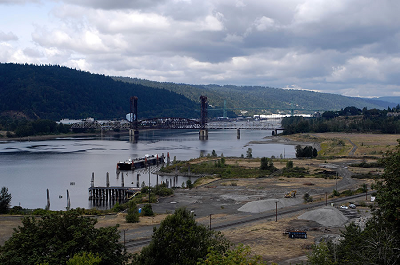 Since 2001, the city has been a member of the Lower Willamette Group (LWG), a group of private entities, the City of Portland, and the Port of Portland that  worked with the U.S. Environmental Protection Agency (EPA) on the investigation of the contamination in Portland Harbor sediments. That work has allowed EPA to identify the location of contamination in Portland Harbor, determine if there are risks to humans, fish, or wildlife, and evaluate cleanup options. 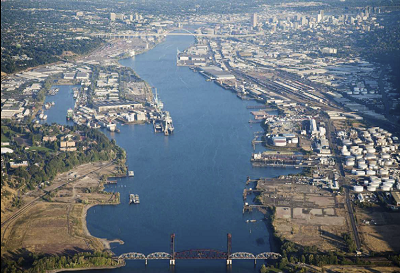 Since the EPA designated Portland Harbor as a Superfund Site, the Portland Bureau of Environmental Services and Oregon Department of Environmental Quality (DEQ) have worked together to ensure that all significant contaminant sources to the city stormwater conveyance systems in the harbor are identified and referred to an appropriate city, state, or federal program for control. In January 2014, Environmental Services delivered the City of Portland Municipal Stormwater Source Control Report for Portland Harbor to DEQ. The report describes city programs - both citywide and in the harbor - that improve stormwater quality and the city’s conclusion that future discharges from city outfalls in Portland Harbor are unlikely to recontaminate river sediments after source controls are implemented.

As a result of this effort, more than a dozen new sites joined the DEQ voluntary cleanup program. The DEQ cleanup program will use information in the report to demonstrate to EPA and other stakeholders how upland source control will be achieved in Portland Harbor, which is critical to the success of the harbor-wide sediment cleanup. Click here to find about more about DEQ’s work in Portland Harbor. 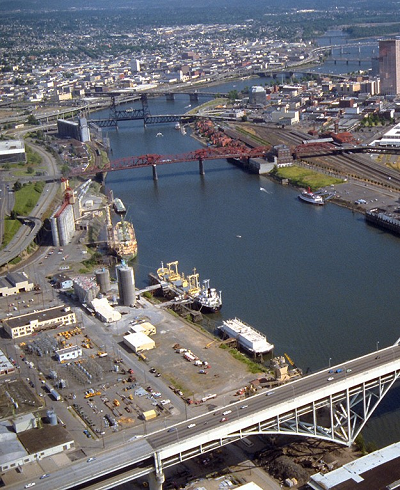 In 2014, the Portland City Council authorized city purchase of $2.6-million in credits in the Alder Creek habitat restoration project on Sauvie Island. Work was completed on the 52-acre project in fall 2015. The project demolished buildings at the site of a former sawmill and created upland habitat, channels, and marsh and mudflat habitat. The completed project provides rearing and foraging habitat for salmonids.

The City of Portland is involved in natural resource restoration work in all of Portland’s watersheds, not just in Portland Harbor. 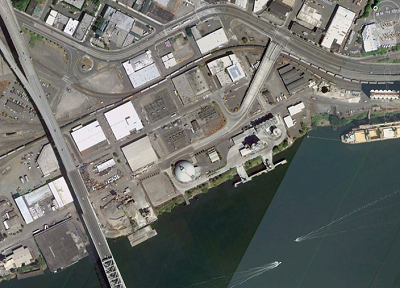 Taking the next step at River Mile 11 East

The River Mile 11 East (RM11E) project area, located along the east bank of the Willamette River just south of the Fremont Bridge, is part of the Portland Harbor Superfund Site. It is in the historic Albina area where, for more than 100 years, a wide variety of industrial facilities and overwater operations, along with many current industrial and marine operations, have done business.

Data collected for the larger Portland Harbor Superfund site indicate that there is potential for unacceptable risk from eating fish taken from the RM11E project area. Chemicals of concern identified in environmental samples include polychlorinated biphenyls (PCBs), pesticides, and polycyclic aromatic hydrocarbons (PAHs).

The RM11E Group includes a few of the entities, including the City of Portland, that either have in the past or currently own property and or have business operations in or near the project area.

These parties have stepped forward to work with EPA and its partners to develop additional information needed to select and implement a cleanup remedy. The RM11E Group has collected data that focuses on how physical site features, river dynamics, existing structures and ongoing business operations in this area will impact, and be impacted by, potential remedies such as dredging and capping. The group will also be looking at whether potential sources of contamination such as chemicals in groundwater, stormwater and riverbank erosion have been adequately controlled to prevent future recontamination.

The work at RM11E will allow design and construction of the final remedy for the RM11E project area to begin more quickly after EPA issues a final Record of Decision (ROD) for the Portland Harbor Superfund Site cleanup.