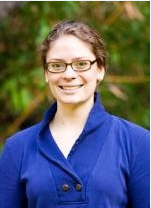 Sonia graduated from Boston University with a degree in International Relations and spent time at the Woodrow Wilson International Center for Scholars in Washington, D.C., before returning to Portland in the fall of 2008.

She is a 6th-generation Oregonian, a lifelong fan of the World Champion Chicago Cubs, a Portland native, and a proud Grant High alum.

Jamie serves as Senior Policy Director for the Commissioner, including as lead liaison to Venture Portland and the Portland Film Office.

Jamie is a graduate of Portland State University, Portland Community College, and Grant High School. He began his career in public service in Portland nearly a decade ago. He lives with his wife and daughter in the Lents Neighborhood in Southeast Portland.

Favorite Quote: "No raindrop believes it's to blame for the flood." 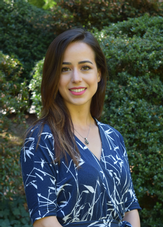 Asena serves as Commissioner Fish’s Senior Policy Director and is committed to working with an equitable and intersectional lens. In her role, she serves as liaison to the Bureau of Environmental Services.

During the summer, Asena enjoys having archaeological adventures on the Aegean and Mediterranean coasts.

Favorite quote: “I am not free while any woman is unfree, even when her shackles are very different from my own.” – Audre Lorde

He studied Environmental Politics at Whitman College and has taken part in public service for most of his life by volunteering and serving on public advisory committees.

When he's not at City Hall, Everett enjoys spending time outdoors in his home state, enjoying everything Oregon has to offer. 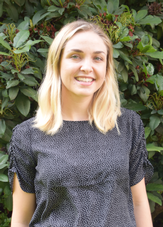 Marielle serves as the Office Manager and Scheduler for Commissioner Fish.

She moved to Portland in 2013 to attend Lewis and Clark College. She graduated in 2017 with a B.A. in Environmental Studies and Studio Art.

Prior to joining Team Fish, Marielle worked as a staff assistant and driver for U.S. Senator Jeff Merkley. In that role, she traveled extensively throughout Oregon, which helped shape her understanding of the Pacific Northwest. Additionally, Marielle participated in equity work for Senator Merkley, designing trainings for new employee onboarding.

Marielle lives in NE Portland and enjoys spending time with her friends, family, and two cats. Other things that make her happy include cooking, gardening, painting, petting dogs, and summer picnics. 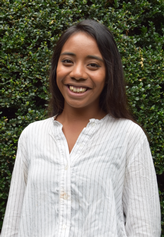 Herico serves as the Commissioner’s Constituent Services Specialist. She is the first person you'll see when you visit the Fish office. Herico works on constituent communications, writes stories for the Commissioner's website, and coordinates preparing Commissioner Fish for Council meetings.

Herico graduated from Portland State University with a B.S. in Social Science and is a Reynolds High School alumnus. Her interest in public service stems from her college experience, where she held various leadership positions in the EMPOWER scholarship program, The Women’s Resource Center, and the Student and Activity Leadership Program.

When Herico is not in the office, she enjoys journaling, spending time with her loved ones, and going on spontaneous adventures. 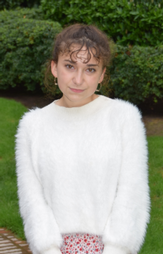 Bella is a Senior at Cleveland High School. Bella is passionate about social and environmental justice. At her high school, she leads a club at promoting environmental sustainability with her peers. In addition, she is a part of Portland Youth Climate Council and Ravencorps, both youth-led groups advocating for climate justice.

In Bella’s free time she enjoys spending time with friends, painting, and being active in the outdoors!