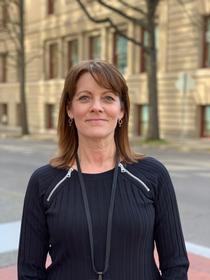 Kim Daschel joined the City of Portland’s Office for Community Technology in 2020. She has nearly 20 years of experience working for a telecommunications company with two undersea fiber optic cable systems. During that time, she worked closely with the OCT from the Business Partner side, so she a has a good understanding of City Franchise Agreements, reports and payments. Feel free to contact her for any questions you have about gaining a utility franchise or right-of-way, or how to report and calculate fees, for an existing agreement. Kim was born and raised in Portland. In her spare time, she enjoys bird watching, rock-hounding, and fishing with her husband and her dog. 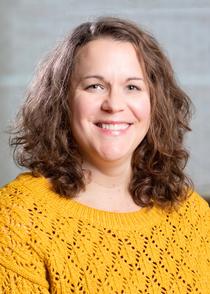 Rana comes to the MHCRC with over seven years managing grantmaking programs in philanthropic organizations and more than fifteen years working in service of communities in the nonprofit sector. Prior to moving to Portland, she earned her MPA from Indiana University’s School of Public and Environmental Affairs (SPEA). She brings with her skills in grants management, program management, communications and evaluation. In her role, Rana manages the Community Technology Grants program and the TechSmart Grants Initiative, focusing on investments in community organizations, libraries and local governments to provide technology access and training to traditionally underserved and underrepresented communities. Along with her husband and two children, she enjoys growing berries in her backyard, camping at the beach, and generally exploring Oregon’s natural beauty. 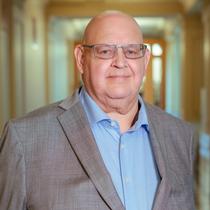 Joshua manages and develops the business side of franchise and utility license account management for companies accessing the right of way or doing business within the city as a utility.  He also serves as a technology policy advisor for OCT. Joshua is a native Portlander with a technology and nonprofit background. He’s built websites, done database and computer consulting, taught computer repair and produced cable access television series on topics including peace, autism and health insurance policy.

Joshua manages and develops the business side of franchise and utility license account management for companies accessing the right of way or doing business within the city as a utility.  He also serves as a technology policy advisor for OCT. Joshua is a native Portlander with a technology and nonprofit background. He’s built websites, done database and computer consulting, taught computer repair and produced cable access television series on topics including peace, autism and health insurance policy. 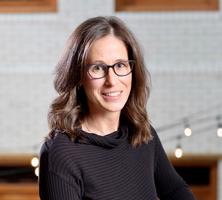 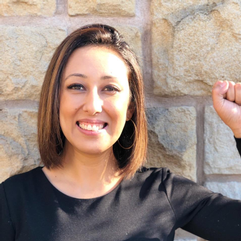 Adriana Miranda is a former executive director, and a founding member of Oregon Worker Relief (OWR), a statewide disaster relief initiative that has distributed over $60 million in cash assistance to more than 37,000 immigrant Oregonians who were excluded from other forms of pandemic relief based on their immigration status. Adriana has worked with Oregon elected officials at different levels of government and is a social, racial, and economic justice advocate who is passionate about promoting policies that are centered and led by immigrant and refugee communities. Concurrently, Adriana brings mutual respect and cultural consciousness to the workplace. She has been incredibly involved in local education advocacy, community service, and is an active political volunteer in the Mid-Willamette Valley. Adriana served as the Co-chair for the Student Success Act with Salem-Keizer school district as well as the co-chair for the Salem-Keizer school district boundary review task force and serves on the community bond oversight and budget committee. Adriana is consistently present in leadership development opportunities and devotes her free time to her family and to help her community thrive. In 2018, Adriana completed Emerge Oregon and Capaces Leadership Institute’s Peoples Representatives Program, two training programs that encourage women and people of color to run for office. 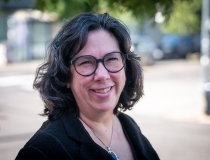 Jennifer develops and advocates for strategic plans and policies to bring every Portlander affordable and fast broadband service. An Information and Communications Technology (ICT) professional, Jennifer has twenty-five years of experience designing, and managing IT infrastructure, and the teams responsible. As a long-time advocate for women in IT, Jennifer founded the yearly open source “Hackathon for Good” at the Grace Hopper Celebration for Women in Computing. She is currently finishing her thesis “How Cities Provision Broadband” for a Master of Urban Studies degree, with a concentration in Economic Development at PSU’s Toulan School of Urban Studies and Planning. Jennifer lives in NE Portland with her husband, and can be found honing her street photography skills, or wandering around the world’s cities in her spare time. Jennifer welcomes community input, and new ideas on how to make Portland broadband accessible to all. 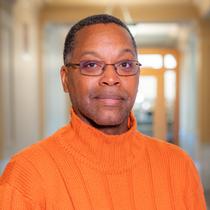 Melvin began in the Bureau of Licenses before joining the Office of Community Technology in 2007. He is an essential part of the franchise and utility program and is responsible for the utility license and franchise administration and wireless applications. He is a Beaver and a Viking. 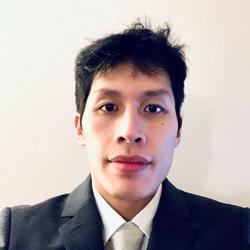 Michael Wong has a Master of Business Administration from the University of Washington. He spends his time in-between Seattle and Portland, as he visits family in both areas. He joined the City of Portland in 2020, and enjoys working with his colleagues while focusing on the efforts of the Office for Community Technology as a Finance Manager. In his free time, Michael enjoys jogging while taking in the scenery of the Pacific Northwest, as well as going to the movies.

Jennifer joined OCT as the Franchise and Utility Program Manager in December 2010. She led the program for over 12 years, and with her small staff, managed long-term access to the public right-of-way (ROW), led negotiations for ordinances and franchises, and oversaw the collection of over 80 million dollars annually for the City. Jennifer was also active in protecting the ROW on the local, state, and national level. Just prior to her passing, she spearheaded the development of a new City ROW Code to modernize the way OCT collects revenue and protects the right-of-way for the City. Jennifer passed away on February 20, 2022 following a courageous battle with cancer. She will be missed on so many levels, both personally and professionally, by everyone she came in contact with.