Three projects have created improvements at Lents Park: a new turf soccer field, renovated playground and ADA access improvements, and Walker Stadium improvements. Each project had a different funding source and timeline, and each was guided by the Lents Park Master Plan completed in 2011.

Portland Parks & Recreation (PP&R) and Under Armour announced plans in early July 2015 to move forward with a significant partnership to enhance recreational opportunities for Portlanders.

The athletic apparel and footwear leader and PP&R teamed up to enhance athletic facilities within the PP&R system. Lents Park was identified as a perfect candidate for field improvements.

The project included many areas of priority identified in the Lents Park Master Plan which was developed by the community and adopted by City Council in 2011. The addition of the new turf soccer field, a community-approved feature from the Master Plan, required the removal of the existing gazebo. As part of the PP&R and Under Armour community engagement process, residents were provided an opportunity to provide feedback on the future use of the gazebo. Under Armour, PP&R, and the community worked together to ensure that the improvements to the site provide benefit to all Portlanders and site users. 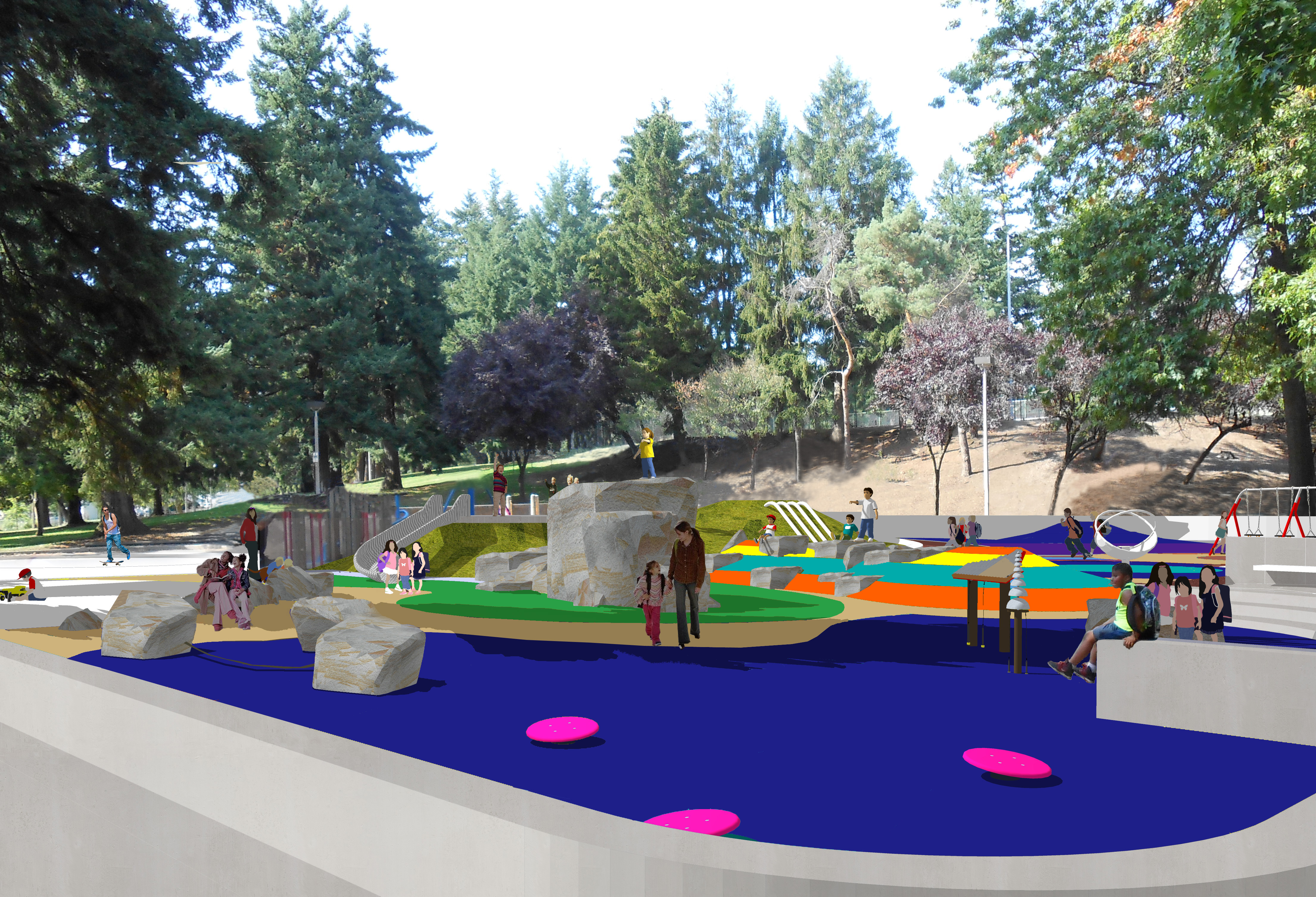 In November 2014, the Parks Replacement Bond was passed with overwhelming support by Portland voters, showing broad support for our City’s parks and recreation facilities. Bond funds are to be used for repair and replacement of the most urgent needs in our parks system. The initial bond project list included play area renovations and accessibility improvements at Lents Park’s playground. All improvements to the play area were in accordance with the 2011 Lents Park Master Plan.

In March 2015, Rose City Baseball, LLC, Portland Parks & Recreation (PP&R), and the Portland Development Commission (PDC) announced that baseball is returning to the City of Portland with a new college wood-bat team based in east Portland. The City and the Great West League partnered to bring Portland’s new baseball team, the Portland Pickles, to Walker Stadium in PP&R’s Lents Park.

The Pickles play thirty home games per sixty game season. The team pays rent to the City, cleans the stadium, and provides security during games. Outside of the dates set aside for the team, the stadium is open for permitted play by anyone who reserves it.

Use of Artificial Turf Fields

Portland Parks & Recreation (PP&R) is committed to providing safe and accessible recreational opportunities for all Portlanders. To that end, we are pursuing the installation of an artificial turf (crumb rubber) field for this project, while paying close attention to the national conversation surrounding artificial turf. The safety of our fields, along with every facility we own and manage, is paramount.

PP&R has a strong interest in conclusive research on crumb rubber infill; though right now such research is not decisive. We are monitoring as more research is done, always looking for improved technologies, and we will look for opportunities to collect data ourselves. Please note that the potential health concerns surrounding synthetic fields must also be balanced with both the dangers of uneven/waterlogged/baked-dry grass fields causing falls, broken bones and/or sprains, and also with the fact that in our climate, natural fields are unsuitable for use many months of the year.

We will continue to consult with other park associations nationwide to understand any other data available, and their decisions on crumb rubber.