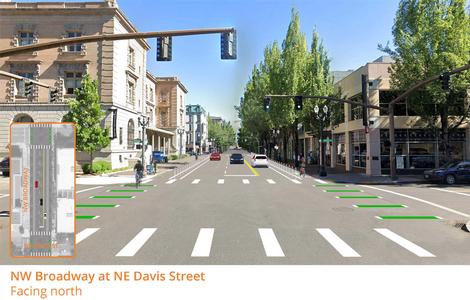 This project will improve transit and bicycling along this important north-south corridor. Improvements include:

View the 2020 Conceptual Design here. Note this design is currently being refined to final plans.

About Central City in Motion

Central City in Motion is PBOT's effort to plan, prioritize, and implement transportation improvements in the city’s core. Following two years of public engagement, 18 projects were prioritized through this planning effort and approved by Portland City Council in 2018. The projects include new pedestrian crossings, bus lanes, and bikeways.