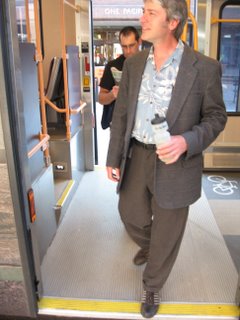 So, transit will save you money, give you time to read and prepare for the day's work, but what will it do for your body?

A new study has found that light rail is also good for your health. Really good.

Researchers surveyed 500 Charlotte residents both before the opening of the region's new light rail line and then at least 12 months afterwards.

Riders not only lost weight, but were 81% less likely to become obese than their neighbors who didn't ride transit, according to study authors.

The study will be published in the August issue of the American Journal of Preventive Medicine.