(Feb 11, 2016) – The Portland Bureau of Transportation and Portland Police Bureau will conduct an intersection crosswalk and midblock crossing safety education and enforcement action on Wednesday, Feb. 17 at the marked crosswalk on SE 82nd Avenue at SE Division Street and on SE 82nd Avenue between SE Division and SE Harrison streets from 11:30 a.m. to 1 p.m. to raise awareness of pedestrian safety and Oregon traffic laws.

Education and enforcement actions such as the Feb. 17 event are a key part of the City of Portland’s citywide effort to reach its Vision Zero goal of eliminating traffic fatalities and serious injuries.

During the education and enforcement action, police officers will remind drivers to stop appropriately for the pedestrian in the crossing, encourage people walking to cross at the corner, and enforce Oregon traffic laws. Portland Community College (PCC) Southeast students and PBOT staff will hand out brochures to people who are crossing midblock, to encourage them to cross at the intersection.

Crossing midblock at locations without enhanced crossing features can put people on foot and behind the wheel at risk of a crash, especially if the roadway has multiple travel lanes, high traffic volumes and high vehicle speeds.

Crossing at the corner is safer for people who walk because:

PBOT encourages everyone who uses 82nd Avenue and SE Division Street to exercise care and caution when walking, biking and driving. Both people that drive and people that walk should remain alert and watch for people in the crossing and drivers that may be turning onto or from 82nd Avenue.  When vehicle drivers make a turn at an intersection with a signal, they must stop and stay stopped for pedestrians when they are less than 6 feet from the lane into which the driver’s vehicle is turning (ORS 814.010). 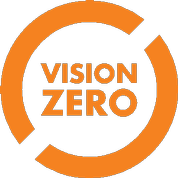