PBOT's Safe Routes to Schools (SRTS) Program used an equity matrix to prioritize which schools they would be collaborating with and providing services too. PBOT's 5 Year Racial Equity Plan outlines that many of PBOT's programs, policies, practices and procedures will be using an equity prioritization matrix, and SRTS was one of the first to use an equity as a metric for prioritization.

PBOT's Safe Routes to Schools Program translated their brochure into 5 languages in addition to English, after they did an analysis of the top languages spoken at the schools they were collaborating with. 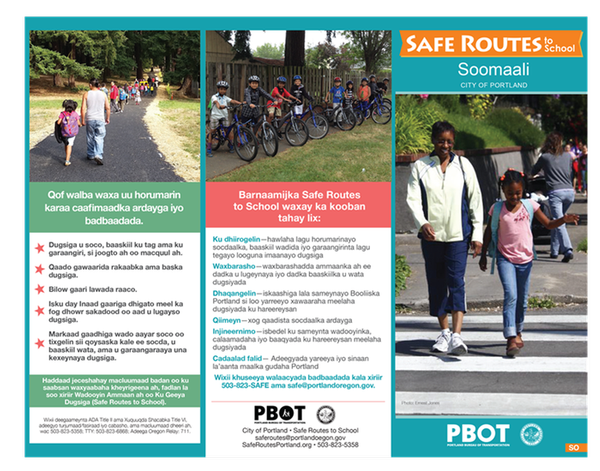