(Feb. 27, 2018) A new report describes how the Portland Bureau of Transportation and their partners are working to eliminate traffic deaths and serious injuries following Portland City Council's adoption of the Vision Zero Action Plan in December 2016.

The Vision Zero Annual Report notes that 2017 was both Portland’s most deadly year for traffic crashes since 2003 and a year of critically important legislative and funding gains in support of traffic safety.

“We knew achieving Vision Zero wasn’t going to be easy," says PBOT Director Leah Treat. "The steps we took in 2017 are setting us on a path for safe streets in Portland, and we remain committed to eliminating traffic deaths and serious injuries by 2025.”

Bandana Shrestha, Community Engagement Director of AARP and a Vision Zero Task Force member, says: “Portland’s streets remain challenging, especially for older adults, who are at a higher risk of dying in a crash. I’m encouraged by the work we’re doing and look forward to the day when our streets are safe for people of all ages, no matter how they choose to get around.”

Among the details in the 2017 Vision Zero Annual Report:

The Annual Report also summarizes the latest crash data and trends (see excerpts below). Data indicate a continued need to focus on street design, speed, impairment, and other dangerous behaviors such as distracted driving.

Portland’s Vision Zero Action Plan includes 32 two- and five-year actions. Five actions are complete, 15 are on track to be completed by the end of 2018 and 12 require additional effort to launch. 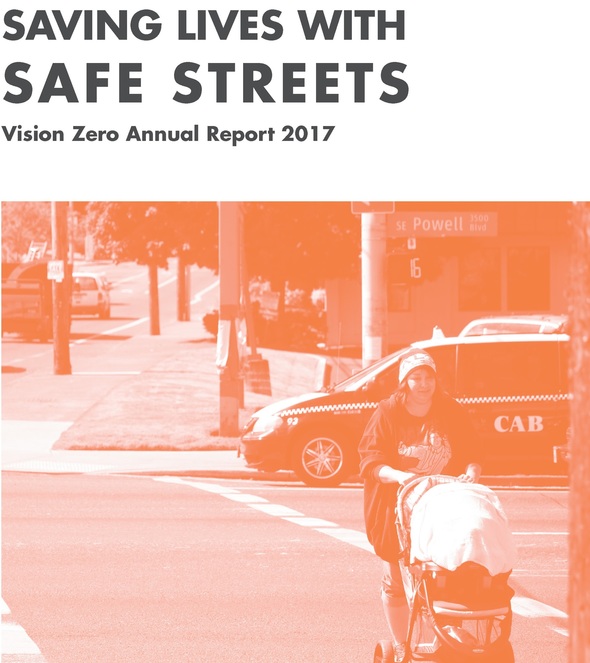 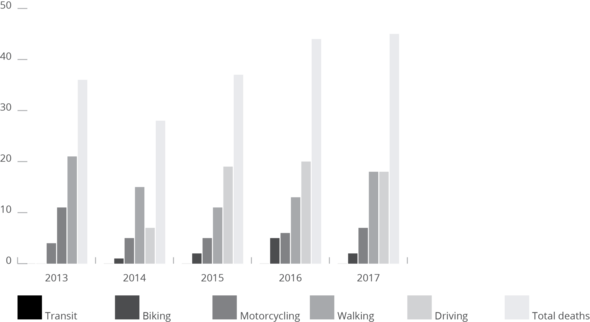 More people died in traffic crashes in Portland than in any year since 2003. Data: Portland Police Bureau 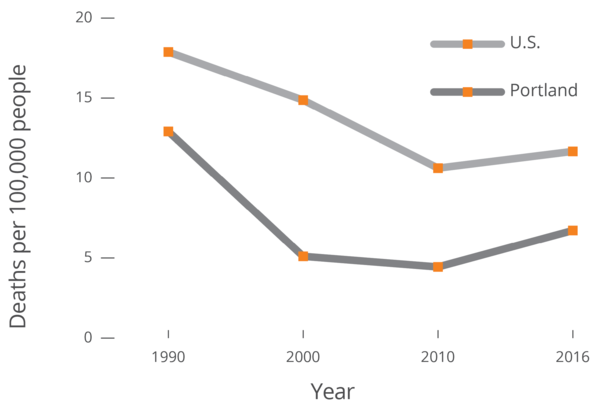