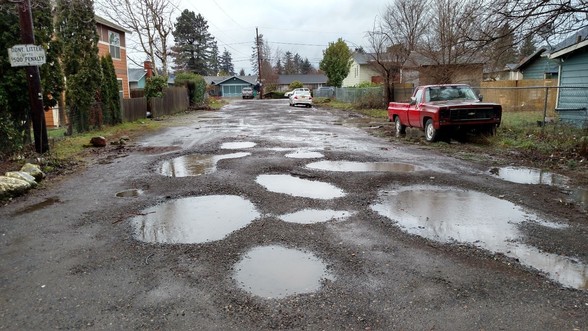 SE Morrison between SE 154th & SE 155th. The EPAEE project intends to pave this street as part of the 150s Bikeway improvements. Photo by Steve Szigethy, Portland Bureau of Transportation.

(May 8, 2018) While Portland Bureau of Transportation crews jump into the 2018 construction season, the planning and design of future projects continues as the bureau looks toward 2019. One such project is the East Portland Access to Employment & Education (EPAEE) project. EPAEE is a comprehensive, Metro-funded project dedicated to improving East Portlanders' access to public transit, parks, schools, and community centers. The project is currently in the early design phase and is scheduled to begin construction in the summer of 2019. PBOT applied for funding for this project based on needs articulated by East Portland Action Plan members and engaged community residents through East Portland in Motion. The project is funded by $5.5 million Metro grant and $1 million in system development charges.

As part of this project PBOT intends to:

The EPAEE project is currently at 30 percent design and we are looking to get feedback from community members who live and will use these planned improvements.

Want to learn more or interested in giving project managers your feedback? Joins us at one of our upcoming open houses about this and many other projects happening in East Portland:

For questions about EPAEE, please contact Timur Ender, PBOT Project Manager at Timur.Ender@portlandoregon.gov or by phone at 503-823-7084.

More information about this and other east Portland projects can be found on our website at www.portlandoregon.gov/transportation/eastPDX.

Photos of the existing conditions in East Portland and PBOT's proposed improvements in the EPAEE Project: 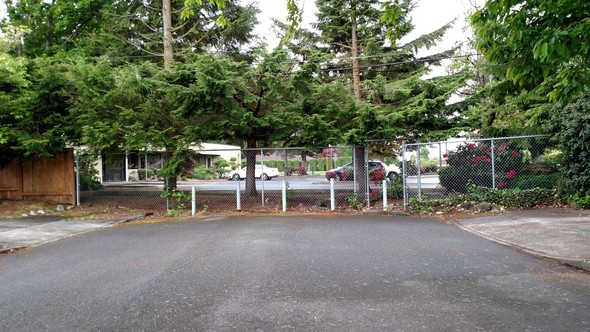 Above: NE Wasco looking west to 106th (existing condition), under the EPAEE plan this could become a new multiuse path connecting to Gateway Discovery Park. Photo by Steve Szigethy, Portland Bureau of Transportation. 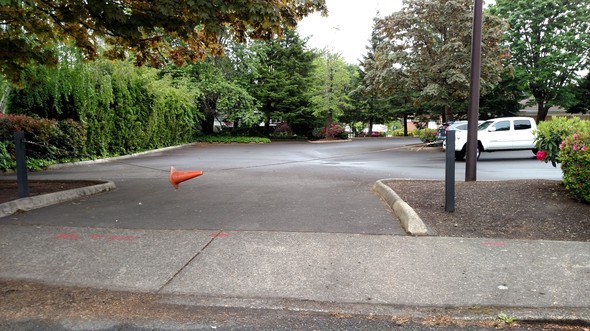 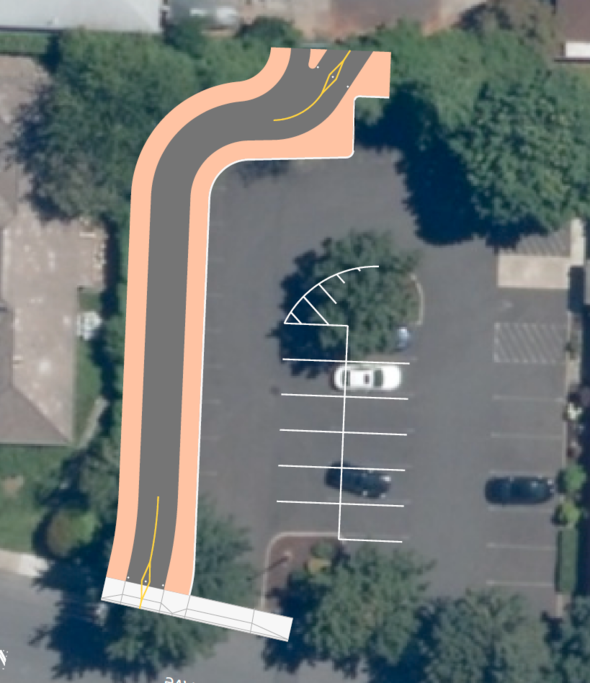 Above: Proposed bike/walk trail to connect residents to Gateway Discovery Park at 106th and Wasco. 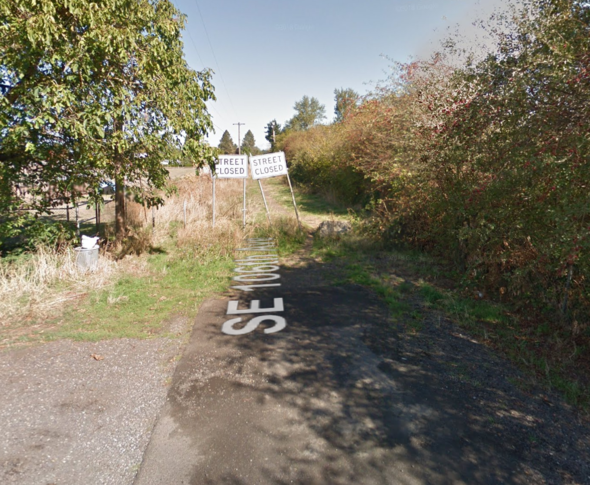 Above: SE 106th north of SE Division (existing condition), under the EPAEE plan, residents would be able to travel on a lit path from Cherry Park Elementary to SE Division St. Photo by Google Street View. 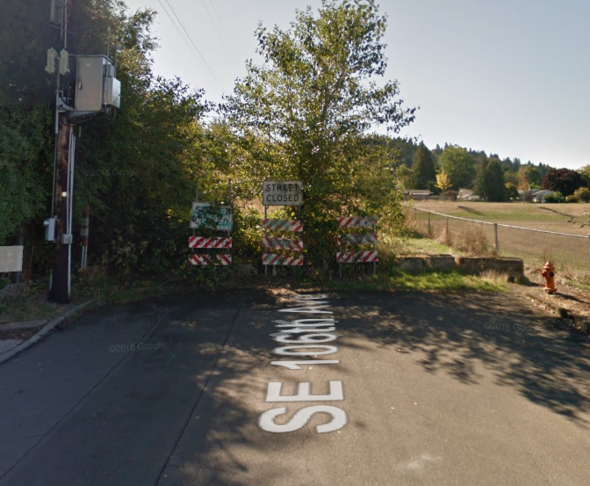 Above: SE 106th South of SE Market (existing conditions), under the EPAEE plan, residents would be able to travel on a lit path from Cherry City Park to Kelley Butte Park. Photo by Google Street View. 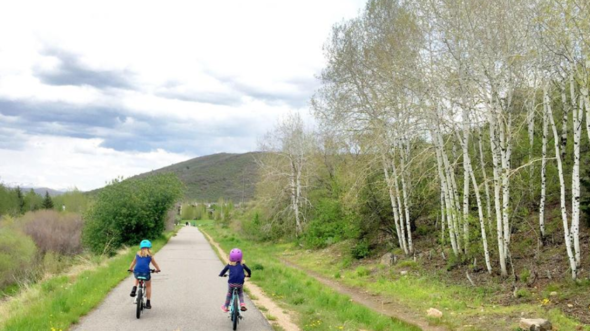 Above: EPAEE seeks to connect SE 106th between SE Division and SE Cherry Park with a paved trail, similar to this concept photo. The project would also install pedestrian scale lights. 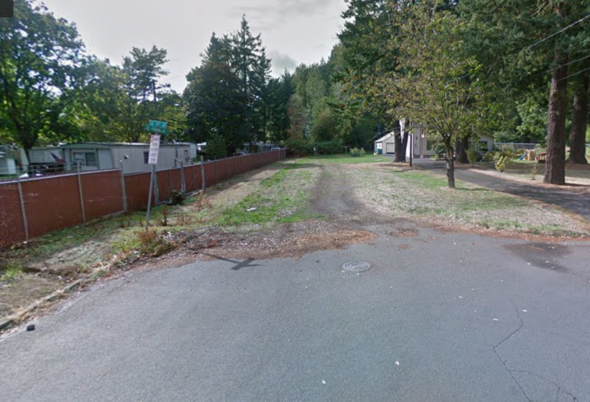 Above: Looking west on SE Franklin toward SE 108th (existing conditions). EPAEE project would install a bike/ped path to the Powell/108th crossing. Photo by Steve Szigethy, Portland Bureau of Transportation.