(Jan. 11, 2019) Portland Parks & Recreation (PP&R), in partnership with the Portland Bureau of Transportation (PBOT), Bureau of Environmental Services (BES), and the Regional Arts and Culture Council (RACC), will be making safety, maintenance, and planting improvements to the popular Vera Katz Eastbank Esplanade.

Work will begin on February 1, 2019 to repair the section of the Eastbank Esplanade between the Steel Bridge and Hawthorne Bridge. PP&R will close this segment of the Esplanade to make the improvements and repairs. The trail will reopen to the public on April 1, 2019

WHAT: Vera Katz Eastbank Esplanade closed for repairs and improvements.

WHERE: Between the Steel Bridge and Hawthorne Bridge.

WHEN: Work begins February 1 with the trail reopening on April 1, 2019.

“The Eastbank Esplanade is treasured by Portlanders for both commuting and recreation,” says Parks Commissioner Nick Fish. “This long-planned project will improve safety and park amenities, replace invasive vegetation with native species, and restore our public art. I want to thank our partners at BES, PBOT, and RACC for working together on this important project.”

Project work will include:

Previously-scheduled events will not be affected by the closure. The trail will be opened and safe for the public during two special events:

Some repairs, including lighting, concrete work, and painting, are weather-dependent. Any work extending past April 1 will not affect the reopening date or public access to the Eastbank Esplanade.

Closure ahead? Use Better Naito instead! 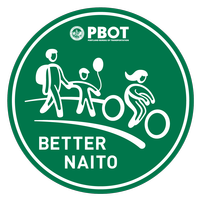 PBOT and PP&R are pleased to announce that Better Naito will open on January 28, 2019 to provide a safe detour during the Eastbank Esplanade maintenance project. Better Naito provides the closest continuous connection between the Hawthorne and Steel bridges on the west side of the Willamette River. 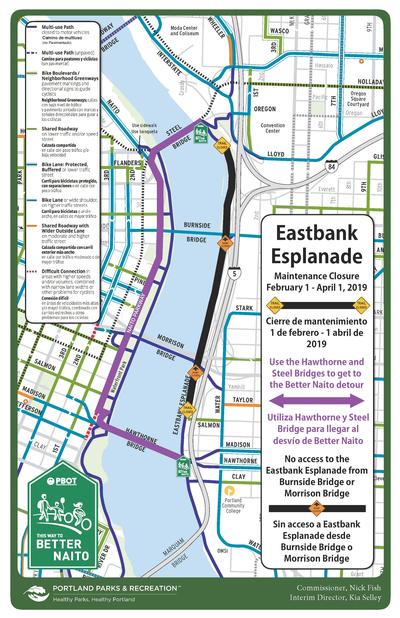 This is the third year of the Council-approved, 5-year implementation of Better Naito. Like past years, PBOT will install plastic posts to separate one northbound motor vehicle lane on Naito Parkway between SW Main Street and NW Couch Street. There will also be a designated passenger drop off zone on SW Taylor Street to better accommodate people being dropped off by personal vehicles, taxis, and rideshares.

PP&R has placed signage noticing the upcoming closure on and near the affected portion of the Esplanade. The City will continue public involvement notifications and updates on the Eastbank Esplanade maintenance project throughout the closure. Thank you to all neighbors and visitors for their patience while we repair this well-used Portland pathway.

“Better Naito is once again proving its worth, this time as a safe and convenient alternate route for the thousands of people who walk and bike along the Eastbank Esplanade every day,” said Transportation Commissioner Chloe Eudaly. “It is also an important first step in the implementation of projects within the Central City in Motion Plan approved by City Council in November. Community members have requested quick implementation of the projects within the plan, and we are listening. I look forward to more progress in 2019, 2020 and beyond.”

Additional information about Better Naito can be found at www.betternaito.com

The Vera Katz Eastbank Esplanade is one of Portland’s iconic sites and pathways, both a beloved City park and a major bicycle and pedestrian thoroughfare running approximately 1.5 miles along the east bank of the Willamette River from the Hawthorne Bridge to the Steel Bridge. The City’s 2018-19 Adopted Budget includes $500,000 in one-time General Fund resources, plus $200,000 in ongoing funding for maintenance, to begin addressing the issues on the Esplanade and making safety and functional improvements.

The Esplanade was named after Mayor Vera Katz in November 2004 to honor her vision and leadership for Portland - which included support for the construction of the esplanade. Along with the iconic bronze statue of Mayor Katz located just north of the Hawthorne Bridge, five other significant works of public art populate the esplanade as it makes its way to the Burnside Bridge.

Photos are courtesy of Portland Parks & Recreation and Portland Bureau of Transportation: 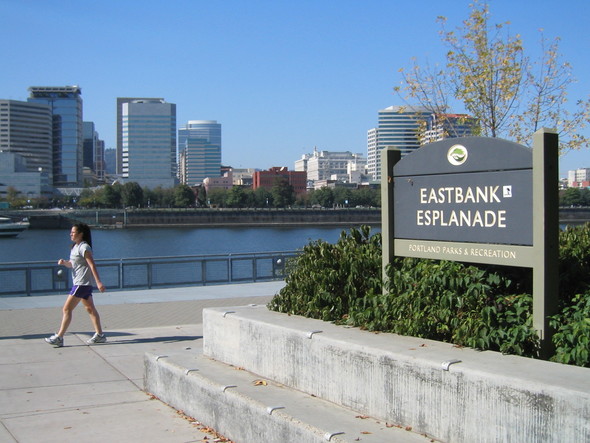 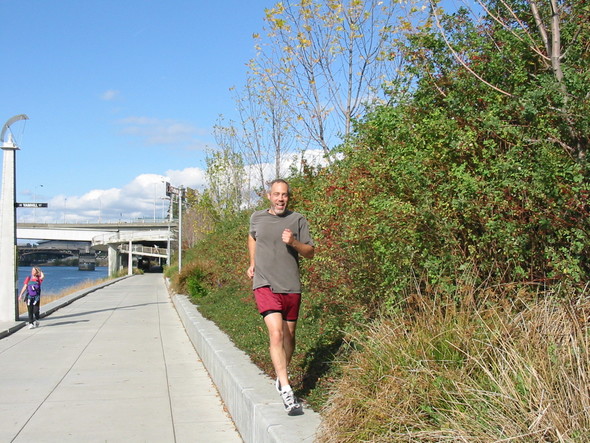 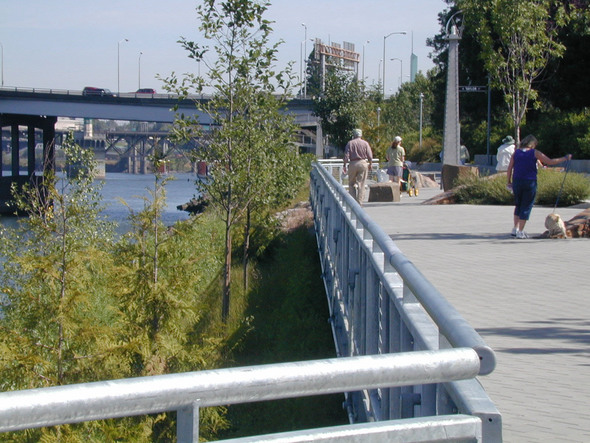 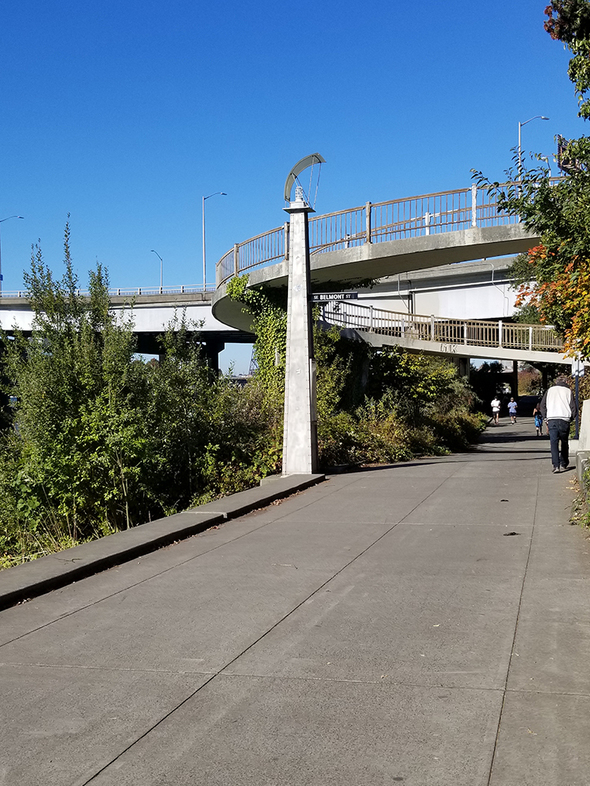 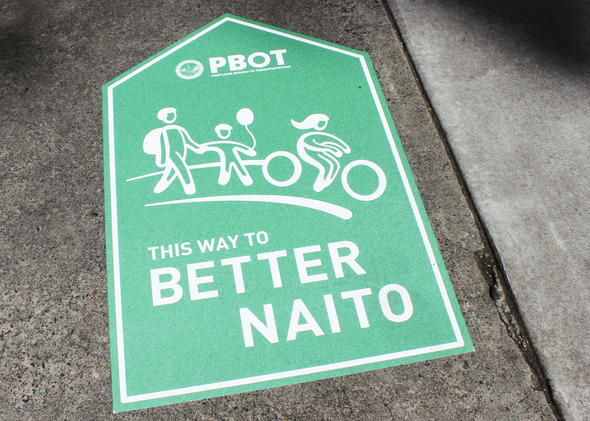 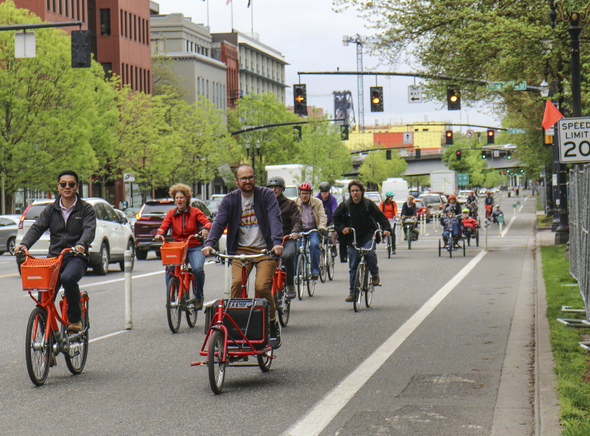