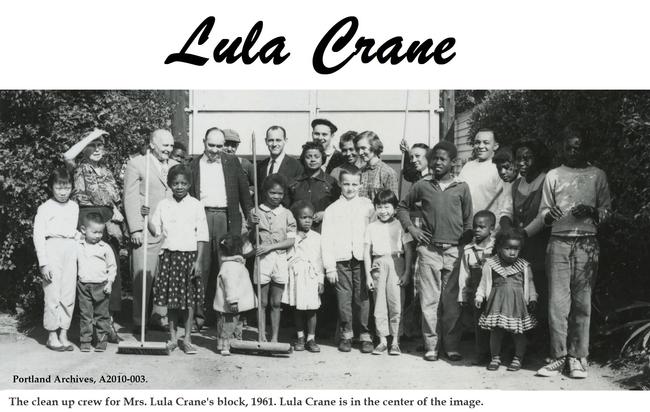 Mrs. Joseph Crane, Mrs. J.C. Crane, and Mrs. Crane are all names that are used for Lula Mae Crane in the ANIIC-Dope, the Albina Neighborhood Improvement Information Center newsletters. The Albina Neighborhood Improvement Program (ANIP) was a neighborhood rehabilitation project that was started in 1961 by the Albina Neighborhood Council and the Portland Development Commission which lasted until 1971.  Throughout the newsletters, Lula Crane’s name is consistently present in different variations. She was active in her community during the project and served as a leader in her community. She was a Block Leader, co-chair of the Executive Board for the ANIP Committee, Vice Chairman for the Albina Neighborhood Council, and served as a member of the ANIP Tree Committee. She facilitated meetings in her home and presented to City Council about ANIP matters. Although the project started in 1961, it is not until 1964 that we see her full name in the newsletter for the first and only time.

Tracing women’s history is difficult for many reasons, including how women are identified. It is common for women to change their birth name and adopt their husband’s name, often only being recognized by the husband’s name with a “Mrs.” attached.  Lula Crane is an example of one of the challenges to researching women. The information we have on Lula Crane comes from the Portland Development Commission Albina Neighborhood Improvement Program records. 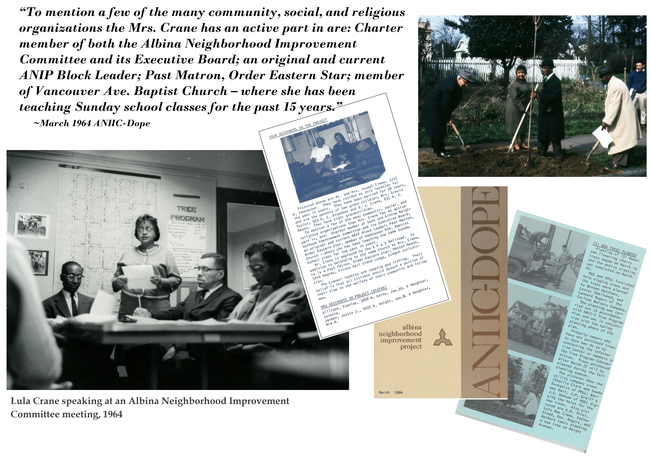