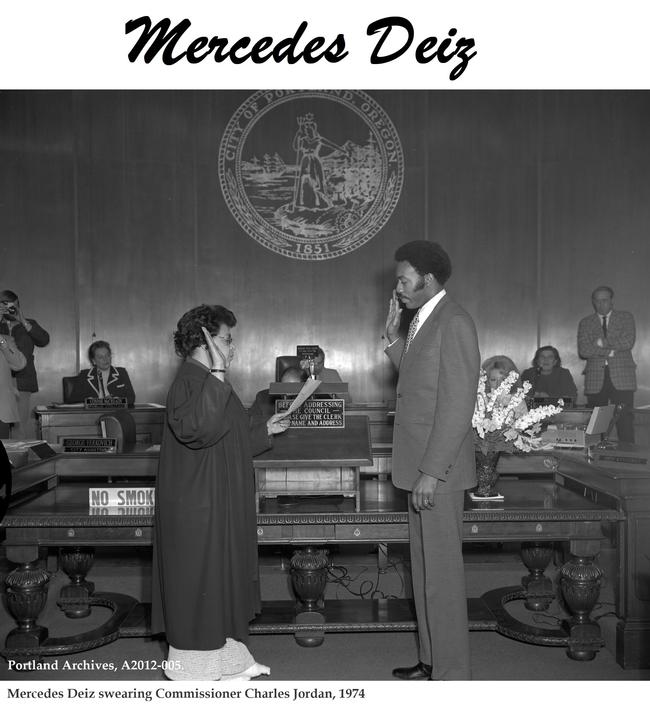 Mercedes Deiz was a trail blazer throughout her long professional career working within the legal profession.  She has many firsts under her belt, starting with her entrance into the Oregon Bar in 1960, which made her the first black woman to be admitted. In 1969 she was appointed as the first woman of color to serve as a judge in Oregon. In 1972 she was elected as county Circuit Court Judge, and once again, was the first black woman to be elected into the position. Judge Marilyn E. Litzenberger was quoted, “Her path-breaking example has convinced hundreds of others, male and female, that there is a place for them in the legal community. Her personal mentoring and encouragement of younger lawyers are legendary."

Deiz was active in the NAACP, the League of Women Voters, and the Urban League. She was a founding board member of Oregon Women Lawyers, a founder and board member of National Association for Women Judges, was active in the Oregon Minority Lawyers Association, and the list goes on. On a nomination form for the Russell A. Peyton Human Relations Award, Bill Deiz wrote of his mother, “Judge Deiz has devoted her adult life to the cause of improving human relations through her commitment to the racial and sexual equality and to the ideals by which she has lived.”

The information we have on Mercedes Deiz is scattered throughout the collections and includes correspondence with a commissioner, a nomination for an award, and photographs of the swearing in of Commissioner Charles Jordan. 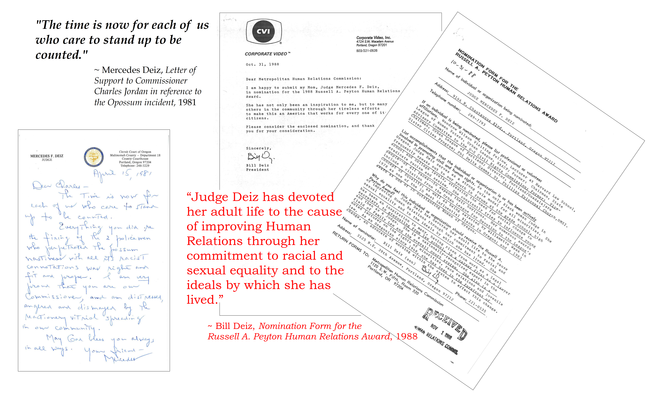