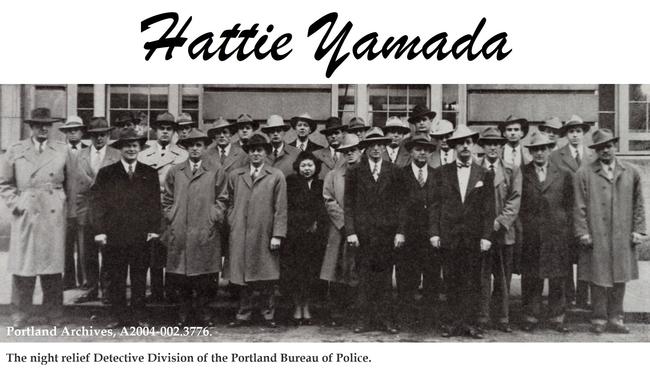 Hattie Yamada worked for the City of Portland for two decades, yet only a few images and some payroll records document her time with the City. A collection of photographs that range from the early 1950s thru 1970 show her at events held at the Auditor’s Office.  Another photograph in the archives is of the Portland Bureau of Police’s Night Relief Detective Division from 1948. In the middle of the front row of the image is a young Hattie Yamada.

A census record from 1940 documents that Hattie came from a family of six. Her parents were from Japan. Hattie, along with her two sisters and one brother, were born in Oregon. Hattie was 14 at the time of the 1940 census. By 1942, the Yamada family was sent to an internment camp. According to the information found on Hattie from the Japanese American National Museum War Relocation Authority database, Hattie was interned at the Minidoka relocation center as a teenager. The image from the Night Relief Detective Division was taken just three years after the Japanese internment ended.

Beyond photographs and payroll records, there is no evidence of Hattie’s time with the City of Portland. 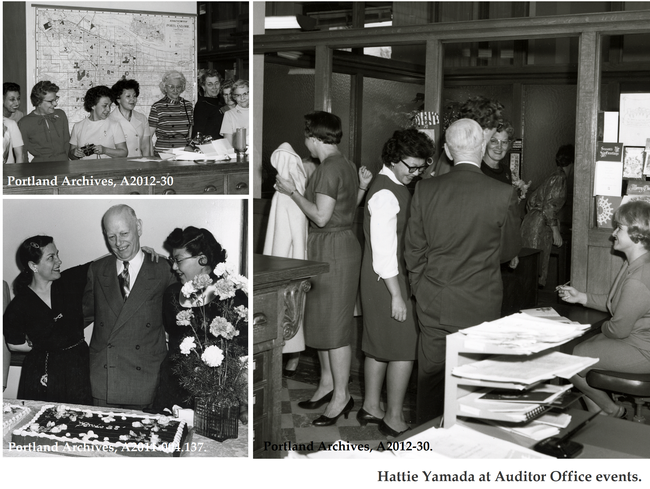