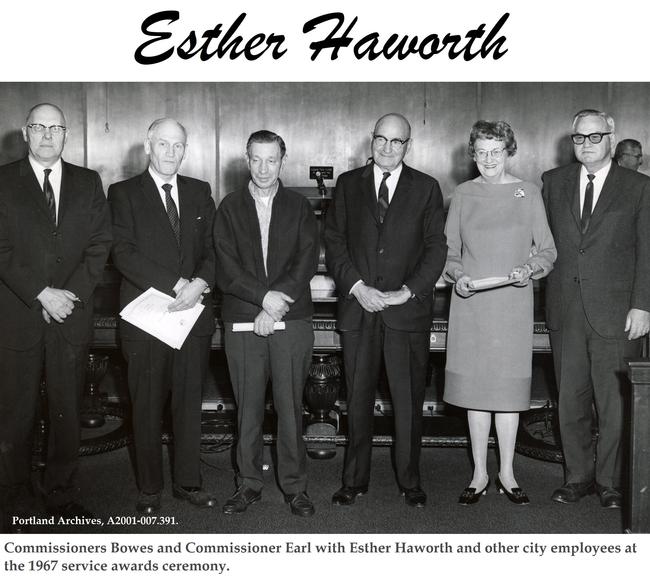 Esther Haworth had a long career with the City of Portland, which spanned over 45 years. Unfortunately, despite her decades as a city employee, the information we have on Esther Haworth is minimal.  Esther started her career in the Auditor’s office in 1922 as a stenographer. In 1925, she transferred to the Fire Bureau and was promoted to stenographer clerk. As far as we know, Esther was the first woman to work for the Portland Fire Bureau in any capacity. In 1929, Commissioner Bigelow and Fire Chief Grenfell presented a gold badge in recognition of her service to the department.  She worked for the Fire Bureau for the remainder of her career. In 1962, she became Fire Bureau Secretary. “In more than 45 years of service she has endeared herself to countless numbers of fellow workers who know her affectionately as ‘Esther’.”

The information we have on Esther comes from a 1968 City Service newsletter, her personnel file, and a news clipping. 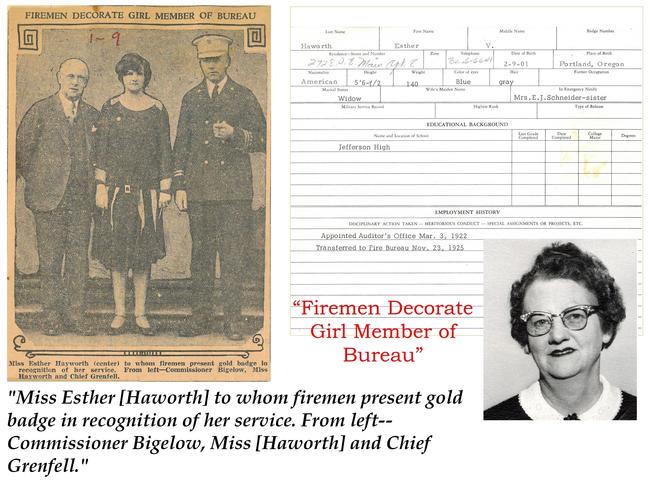 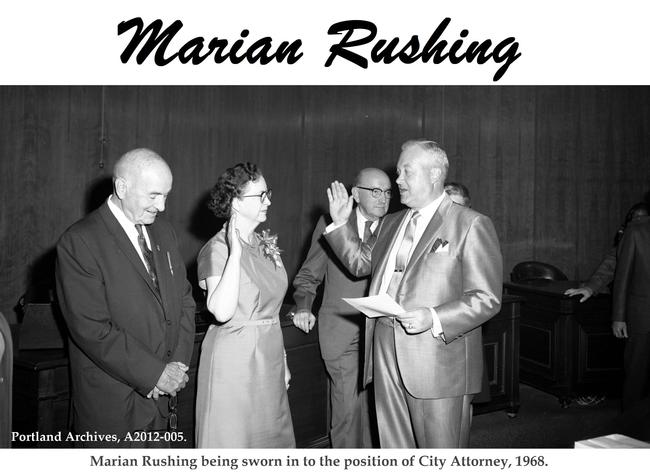 Marian Rushing was the first woman to hold the position of City Attorney. Prior to her appointment, she worked as the Chief Deputy to City Attorney, Alexander Brown. She started working for the City as a deputy city attorney in 1944.

Despite being the first woman to be appointed City Attorney for the City of Portland, there are very few records relating to Marian Rushing available in the collection. 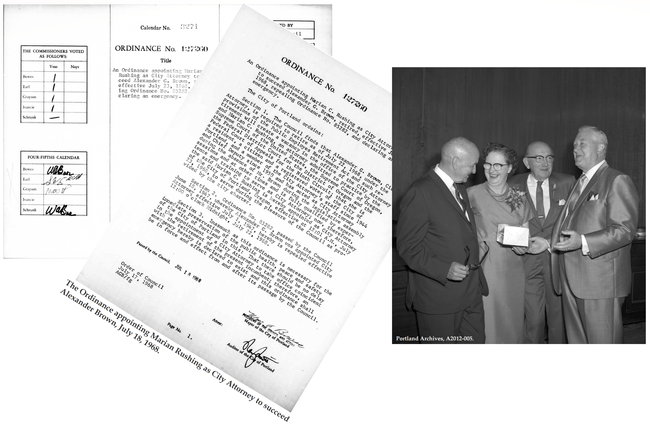