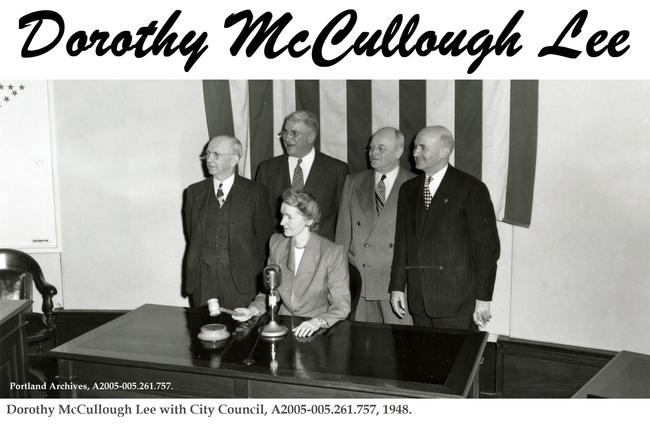 Dorothy McCullough Lee had a long career as a political figure in the state of Oregon. She carved out a place for herself in Oregon politics at a time when women were rarely seen in political positions. She was accepted into the Oregon Bar in 1924. By 1929 she was serving in the Oregon House of Representatives and went on to serve in the Oregon State Senate. In 1943 she became the first woman to serve on the Portland City Council when she was appointed Public Utilities Commissioner. In 1948 she was elected Mayor of Portland. Her campaign statement was simple, “I will enforce the law.”

Some of Mayor Lee’s other accomplishments include serving on multiple boards and commissions. She was Chairman of the Oregon Crime Commission, a member of the Portland Traffic and Safety Commission, served on the United States Board of Parole, and the Subversive Activities Control Board (which she was appointed Chairman of in 1957). In 1949, Mayor Lee was recognized by the National Women’s Press with the award of Outstanding Woman in the Field of Government. In her later career, she continued to practice law and was a member of the faculty at Portland State College and the University of Portland.

The Lee materials in the City Archives are her official mayoral records. 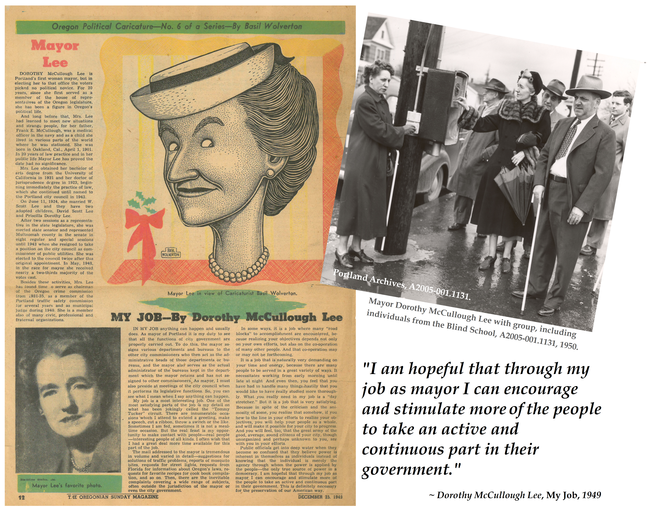