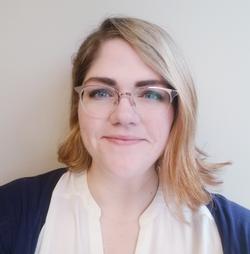 Melissa Walton Hendricks is a Resource Conservation & Operations Coordinator in Asset Management at the Office of Management and Finance.

Originally from California, Melissa came to Oregon by way of northern Nevada, where she attended college and earned degrees in English Writing and Political Science. Melissa first became interested in sustainability during a political science course she took in college, and her interest culminated in a move to Portland to attend Lewis & Clark Law School to study Environmental & Natural Resources law. During law school, Melissa came to truly appreciate the disparate impacts pollution, environmental degradation, and climate change had on marginalized communities - especially womxn and children. This ignited her passion for making a tangible difference for these impacted communities, both locally and globally, who are disproportionately suffering as a result of our collective inaction.

In her role at OMF, Melissa is actively working to reduce the City's emissions—primarily to conserve the amount of energy used to operate OMF-owned buildings. Melissa’s work requires a combination of creative and analytical thinking to develop and implement programs and procedures to reduce emissions.

Melissa joined WE Lead in 2018 with the hopes of identifying and eliminating hurdles to the success of womxn at the City of Portland. She strives to promote intersectional feminism within her local government, and to help lift the voices of historically underrepresented womxn. In 2019, Melissa is looking forward to continuing to reduce barriers for womxn employees. Melissa is particularly passionate about removing burdens on working parents by advocating for systemic policy changes.

Outside of work, Melissa is parenting a toddler, caring for her beloved dog and cat, and fixing up her 1940s home. With a rare moment of free time, Melissa loves to sneak away to the coast to collect agate, read something fun for her monthly book club, and develop her gardening skills.