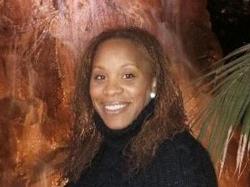 Lolita was born in Portland, Oregon. She moved to Seattle with her family during middle school, and she graduated from high school in Seattle. After returning to Portland, Lolita graduated from Portland State before earning her Masters in Education at Concordia University. She joined the City by way of Multnomah County where she worked as a program specialist and managed the contracts of eighty seven (87) SUN Community Schools in the Metro Area.

She also helped establish a Trauma Informed workforce group at the County, where they supported on-boarding and support for new employees coming to DCHS at Multnomah County. She enjoyed developing and supporting strategies and procedures that would create a welcoming work environment for new employees. Lolita was inspired to join WE Lead to be a part of something she was passionate about, and use her skills to benefit the group.

Outside of work, Lolita and her family absolutely love watching and playing sports. Lolita’s husband is the Vice Principal and Head Varsity Men’s Basketball coach at De La Salle North Catholic High School. Her daughter plays club and high school volleyball. Lolita spends most of her free time in the gym watching one of their sporting events, or cheering on the Seattle Seahawks. Football season is her favorite time of year! She also enjoys participating in dance and fitness classes, and is always looking for something new to try! This year, she’s dipping her toes in Salsa.