The City should ensure that the work of the Regional Arts and Culture Council is aligned with City priorities and improve oversight of its $8.3 million contract with the not-for-profit organization, according to an audit my office released on Tuesday. 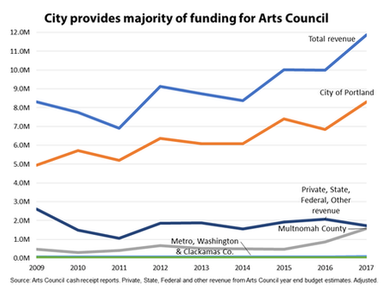 The City has contracted with the Arts Council for more than 20 years. The Arts Council is a regional organization, and its responsibilities include strategic planning and policy development for arts and culture. The Arts Council administers grants and arts education programs and is the steward of the City’s public art collection.

Auditors found that risks exist because the City does not have clear goals for arts and culture, the Arts Council needs to articulate its strategy and regional role, and the City’s contract and oversight of it needs improvement.

We discussed our audit in a work session with City Council and the Arts Council’s interim Director, Jeff Hawthorne on Tuesday.