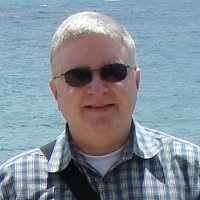 Auditor's Office staff joined with family and friends of our colleague, Robert Cowan, to celebrate a life well-lived. Robert worked in the Auditor's Office for 29 of the 31 years he was employed by the City of Portland. He died on Memorial Day of complications from pancreatic cancer. Our condolences are with Robert's spouse, Sherman Bucher, and Robert's extended family.

Robert, 61, joined Audit Services in 1989 after short stints in other City departments starting in 1987. Prior to coming to the City, he worked as a U.S. Navy public affairs specialist/journalist for four years with assignments in print, broadcasting and public information in Australia and Hawaii. He also spent time in the trust banking field and ran a part-time administrative and design consulting business for three years. Robert worked with staff in Audit Services to produce reports for publication and coordinate media and public information requests.