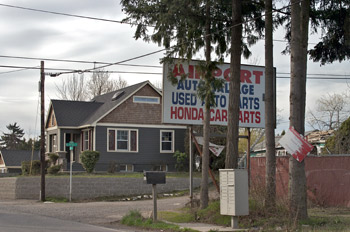 To determine the zoning regulations applicable to a site, you must first find the site on the official zoning maps. The appropriate map will show the base zone that is applied to the site. It will also show if the site is subject to any overlay zones or plan districts, and if the site contains a historical landmark or recreational trail. You then look up all the corresponding regulations in the zoning code.

You may check your zoning electronically and search by the following: