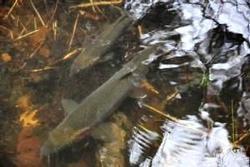 The Science Integration Division began in 1998 as the Endangered Species Act (ESA) Program in response to federal listings of Willamette River salmon and steelhead as threatened species. In 2005, the ESA program became part of Environmental Services’ Science, Fish and Wildlife Division. To reflect program growth and evolution, the division became the Science Integration Division in 2015 with expanded duties to provide the overall scientific foundation for BES’s watershed and stormwater protection mission.

With the adoption of the Portland Watershed Management Plan in 2005, the city developed this vision to guide watershed restoration:

Portland protects and restores properly functioning habitat conditions throughout its watersheds to support abundant, self-sustaining populations of native fish and wildlife. These efforts enhance the livability and vitality of Portland for its citizens and help meet the city's obligations under the Clean Water Act, the Endangered Species Act, Superfund, Safe Drinking Water Act and other laws. 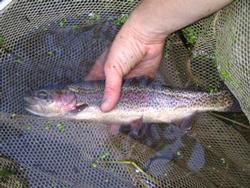 The Science Integration Division is the source for the best available science guiding city policies, programs and projects that protect and restore watershed health and achieve regulatory compliance. The Division:

Salmon and Other Fish

Learn about salmon and other fish in Portland

Learn about wildlife in Portland

Information about regulations, permits, and agencies involved in water-related projects

Library and Other Resources