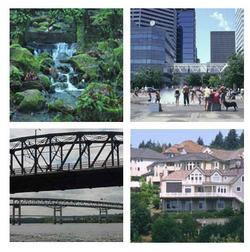 The Willamette River stretches nearly 300 miles from its headwaters at Waldo Lake near Eugene to the confluence with the Columbia River in North Portland. The Willamette River Basin is the largest watershed in the state, covering more than 11,500 square miles.

Portland is at the lower end of the drainage basin and is the most urbanized part of the watershed. The city occupies only a small fraction of the river's watershed, but the area is a critical gateway for the region’s fish and wildlife. The 17 miles of Willamette River that pass through the city are vital to many species, including native salmon and steelhead that rear in and migrate through Portland on their journey between the ocean and their spawning streams.

Restoration projects in the watershed