The City of Portland sits at the confluence of two of the nation's major river systems, the Columbia and the Willamette. Native salmon, steelhead, and other fish and wildlife species live within Portland’s urban boundary, and also migrate through Portland to other parts of the Willamette River Basin, Columbia River Basin, and beyond.

Everyone in Portland also lives in the watershed of a smaller local stream or waterway. Explore an interactive map to learn about the health of Portland’s rivers, streams, and watersheds in the Watershed Report Cards. 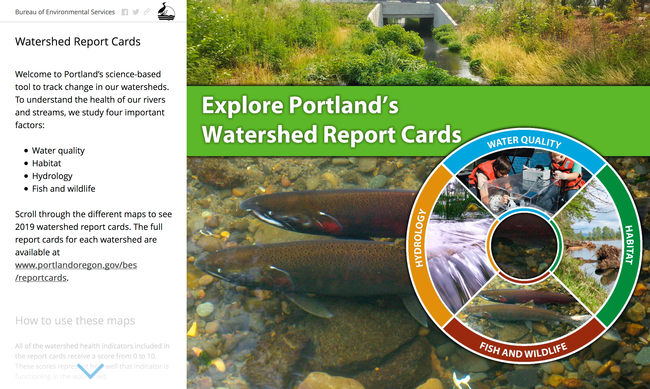 Portland is shaped by our place along the Willamette River