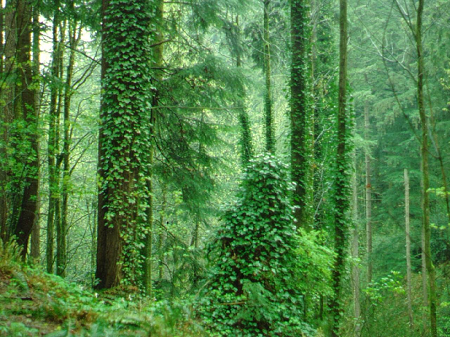 The National Invasive Species Council defines invasive species as plants and animals that are “…non-native to the ecosystem under consideration and whose introduction causes or is likely to cause economic or environmental harm or harm to human health.”

Invasive species can displace native species and have long-lasting or even permanent negative effects on habitats and the organisms that depend on them.

The City of Portland has taken significant steps to limit the negative effects of invasive species. In November 2005, the Portland City Council adopted Order 36360 which required the city to develop a three-year work plan and ten year goals to integrate invasive plant management into existing city programs and reduce invasive plant coverage in Portland.

The city’s response was the Invasive Plant Strategy, developed in October 2008 and administered by the Environmental Services Invasive Species Program.

The Portland City Council passed Resolution 36726 in August 2009 to establish the strategy as Portland’s management plan for invasive plants. The resolution directed the city to conduct an invasive animal assessment and adopted the 10-year management goals outlined in the Invasive Plant Strategy report.