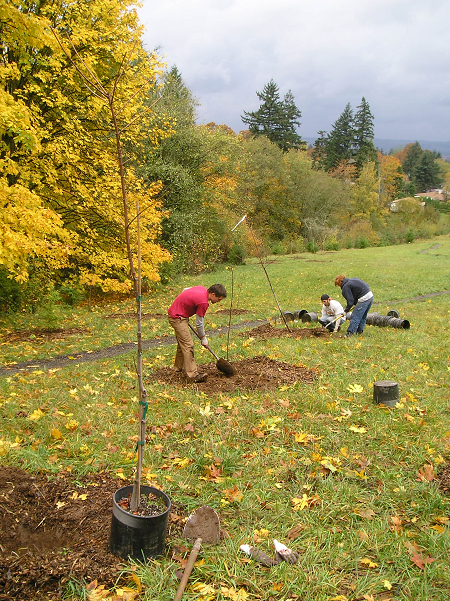 22% of the watershed is within the City of Portland, including the Bridlemile, Hayhurst, and Hillsdale Neighborhoods. Smaller tributary streams such as Ash, Pendleton, Restoration, Ivey, Vermont, Ball, Woods, Sylvan, and Red Rock Creeks all flow into Fanno Creek before it empties into the Tualatin River at Durham City Park in Tualatin.

Within Portland, the primary land use in the watershed is single-family residential housing, with some parks and open space. Historically, the watershed was heavily wooded in its upper reaches with a mixture of woods and wet meadows in its lower sections. Since the 1940s it has become increasingly developed. 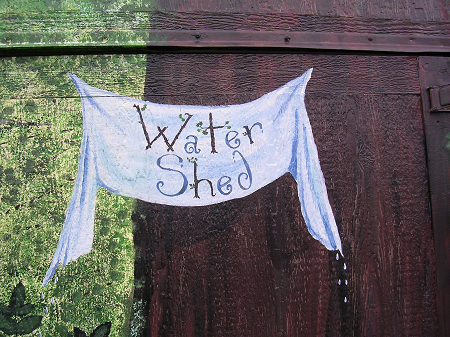 Most of the watershed is in the separated stormwater system, meaning that stormwater runoff flows through pipes, ditches and drainage ways, and discharges into streams. Water quality concerns include temperature, phosphorus and bacteria. Learn more about Portland’s stormwater management permit and requirements under the Clean Water Act and other regulations.

Fanno Creek is home to a resident population of cutthroat trout and other species. The tributary streams provide cool water and habitat for native fish and support fish and wildlife downstream in the Tualatin River. The creek’s riparian corridors commonly consist of native plant species like western red cedar, douglas fir, vine maple, and swordfern, as well as invasive species like English ivy and blackberry bushes. At least 100 bird species have been observed in the watershed, including black-capped chickadees, American robins, and song sparrows. Typical mammals include raccoons, opossums, deer, and coyotes.

Many streamside parks — including Albert Kelly, Gabriel, and Woods Memorial Parks — offer opportunities to explore Fanno Creek and its tributaries. Projects to improve conditions in Fanno Creek include stream restoration, revegetation along the stream banks, and new infrastructure to manage stormwater runoff.

The watershed is divided into eight subwatersheds