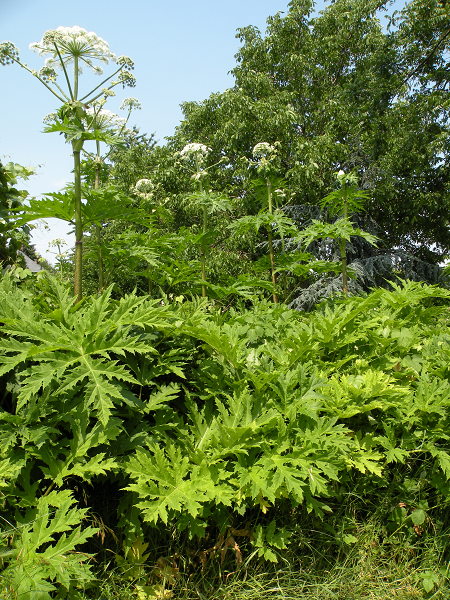 Giant hogweed is a striking, highly visible species capable of creating significant ecological damage. Native to south-central Russia, hogweed has been known as an invasive throughout Britain and Ireland for decades, and was the target of a sizable eradication effort in Seattle in the 1990s.

Why is it a problem?

How bad is it?

Are there any lookalikes?

How can folks help?