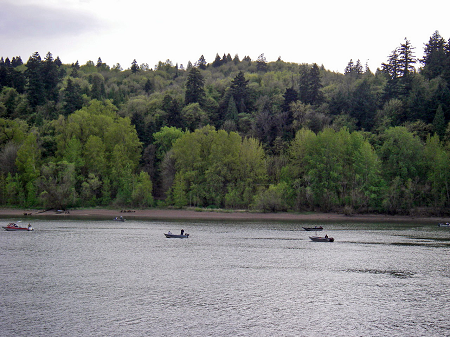 Salmon and other fish once thrived in the lower Willamette River basin with its broad areas of shallow water and beach habitat, emergent wetlands, riparian forests, and adjacent upland forests. Over the years, fish habitat has suffered from the impacts of urban development. Fish and wildlife populations have declined dramatically, especially those protected under the Endangered Species Act (ESA).

The Portland District of the U.S. Army Corps of Engineers and the City of Portland have proposed working together on projects at five Portland sites in the lower river basin that will benefit native fish and wildlife. The $30 million proposal would improve 74 acres of riparian, wetland, and backwater habitat.

Congress authorized the project in the Water Infrastructure Improvements for the Nation Act of 2016. In May 2018, the Senate included language to support projects like this in the FY2019 Energy and Water Development and Related Agencies Appropriations Act. The city (as the approved non-federal sponsor for this project) has secured its share of the project budget and has moved it into its Capital Investment Portfolio for construction.

Projects for a Healthy Willamette River