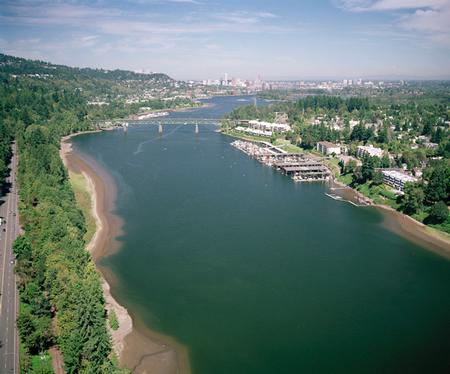 Portland's combined sewer system collects most of the stormwater runoff from the large developed areas of Portland’s inner southeast, northeast, and the central city and carries it to the Columbia Boulevard Wastewater Treatment Plant in north Portland, which treats it and discharges it to the Columbia River.

Portland's separated stormwater system manages stormwater from other parts of Portland’s Willamette watershed. In some areas, stormwater flows into tributaries that drain to the Willamette River.

The river is a significant place for people to enjoy nature and recreation. Water quality is important, both because of the impacts to fish and the aquatic food chain and because of human contact with the river. Completion of the Combined Sewer Overflow (CSO) Program in 2011 reduced CSOs to the Willamette by 94%, a major improvement that has encouraged much greater activity in and around the river. 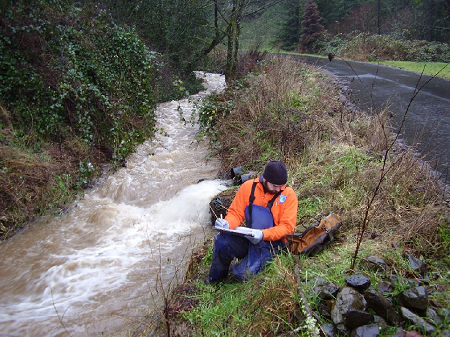 In west side tributary streams, development has created more impervious surfaces (streets, roofs and parking lots) and reduced vegetation. This has led to altered hydrology (the flow of water over land and in streams), degraded water quality and degraded in-stream and riparian habitat.

Despite these challenges, valuable pieces of habitat and a diversity of fish and wildlife still exist in this watershed. Several species of salmon and other native fish migrate through the city in the Willamette River. Portland’s forests, wetlands, and other habitats are critical for both fish and wildlife for feeding, refuge, rearing and mating, and for providing clean water sources. Urban habitat features such as ecoroofs, parks and street trees help connect our upland natural areas to the river.

Environmental cleanup, stormwater management, protecting existing resources and watershed restoration actions contribute to the city’s long-term vitality with a prosperous working harbor and a clean and healthy river for all Portlanders.

Learn more about the challenges and the benefits of healthy urban watersheds, and about specific issues and actions in the Report Cards for the Willamette River and Willamette Tributaries.

Find more detailed characterization information about the Willamette and its subwatersheds on the Plans, Studies and Reports page.

How the Willamette River developed