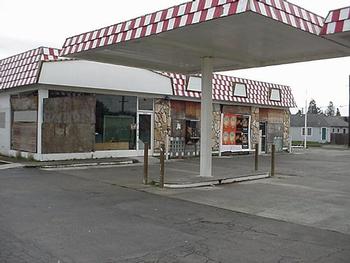 This Interstate Avenue site was one of the original eight properties selected by the N/NE Community Advisory Committee to receive environmental assessment with funds from the Portland Brownfield Program in the late 90s. 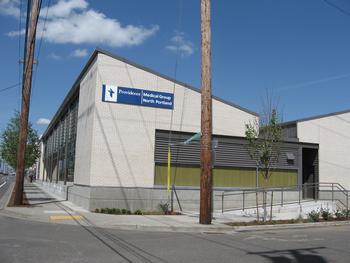 A Phase I Environmental Site Assessment (ESA) revealed that the property was once a gas station.  Since former gas stations often have soil contamination, a Phase II ESA was conducted to analyze soil samples and search for underground tanks.  The Phase II ESA was completed in July 2002.  Phase II findings showed a total of 600 cubic yards of soil contaminated with gasoline in two separate locations.  The Phase II also concluded that levels of three common contaminants - Total Petroleum Hydrocarbons (TPHs), Volatile Organic Compounds (VOCs) and Polycyclic Aromatic Hydrocarbosn (PAHs) - were not present at levels that would present an unacceptable risk to human health.

The Oregon Department of Environmental Quality was responsible for oversight during redevelopment of the property.  The owner sold the property to Providence Health Systems in 2006, and the new Providence North Portland Health Clinic is now operating on the site.