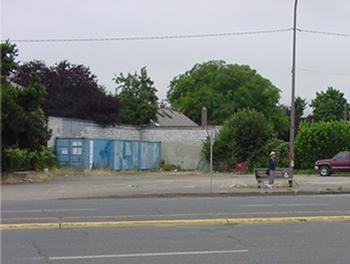 When the owner of this site contacted the Portland Brownfield Program, the property was a vacant lot that had once been a gas station.  We provided a Phase I Environmental Site Assessment (ESA) - a review of property records that indicated a need for further investigation.

A Phase II ESA, which included soil sampling on the property, revealed limited petroleum contamination from the site's former use as a gas station.  Because the contamination was limited, and because the planned building would itself act as a "cap" - preventing release of contaminants - no clean up was necessary. 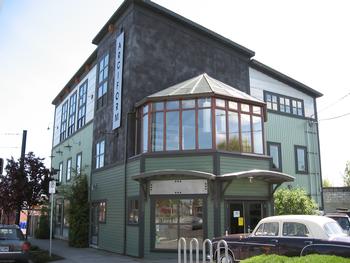 Redevelopment of the site began in the summer of 2001.  The new building now houses an office and workshop space along with a coffee shop and dance studio.  The property owner’s business, Arciform, resides in the office and workshop space.  The construction project and resulting building were recognized with a BEST (Businesses for an Environmentally Sustainable Tomorrow) Award  from the Portland Bureau of Planning and Sustainability, given to Portland area companies demonstrating excellence in business practices that promote economic growth and environmental benefits.  At the time of its construction, this project was the only redevelopment project along North Interstate Avenue besides the new Light Rail construction.