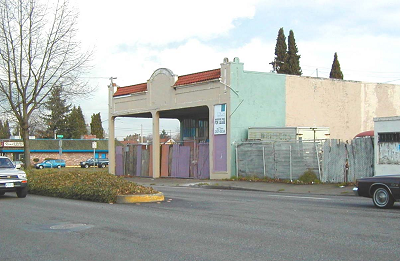 This corner warehouse was used as a “metallurgical laboratory” for over 20 years. In October 1998, Portland Police responding to a dispute at the address called emergency responders when they found large quantities of chemical waste in the building.

Chemicals were stored in containers ranging from small vials to industrial-sized vats. 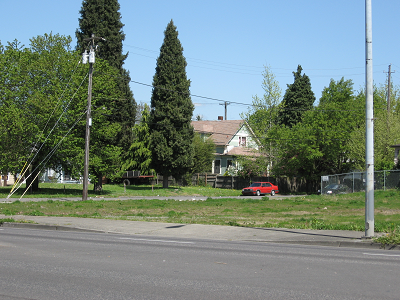 The U.S. Environmental Protection Agency (EPA) obtained a search warrant in November 1998, entered the building and collected samples. Thick dust covering the building's interior contained high levels of lead. Narrow paths connected various rooms in the warehouse and chemicals sat haphazardly among the debris. The EPA removed and disposed of all the chemicals at a cost of $1.2-million.

After several years of legal proceedings, the warehouse owner agreed to sell the property to the Portland Development Commission (PDC) in January 2004. In order to make the acquisition, the PDC expanded the boundaries of the Oregon Convention Center Urban Renewal Area and purchased the site using a combination of Tax Increment Financing and a $100,000 contribution from the Portland Bureau of Housing and Community Development.