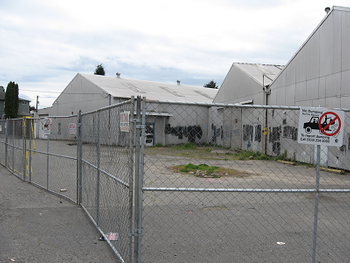 The Portland Brownfield Program became involved with this site when Catholic Charities of Portland was considering its purchase. Because of previous regulatory involvement on the site related to an underground storage tank, the Brownfield Program conducted a Phase I investigation. The investigation identified several recognized environmental concerns including fill material, an incinerator, and underground storage tanks (USTs). 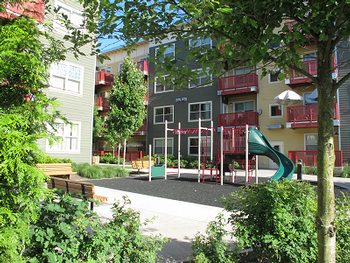 A subsequent Phase II assessment discovered issues relating to methane, heavy metals, and petroleum that needed to be addressed before the site could be developed.

Catholic Charities purchased the site in November 2006. During redevelopment, the contractor removed contaminated soil and constructed a vapor barrier and venting system.

Redevelopment transformed the site into a multi-unit affordable housing complex for families, with office and retail space along Powell Boulevard.