As part of Ecoroof Month, the City of Portland arranged a number of tours and presentations to complement the Ecoroof Portland event on March 18th.

On March 22nd, a group of 25 attendees joined BES staff and members from the Green Above Ground project team for a tour of Pearl District ecoroofs.

The first stop was Asa Flats and Lofts. We toured the lower deck first, which includes a rooftop garden and several planters. From the top deck, we could also see the extensive green roofs atop the separate condominiums. 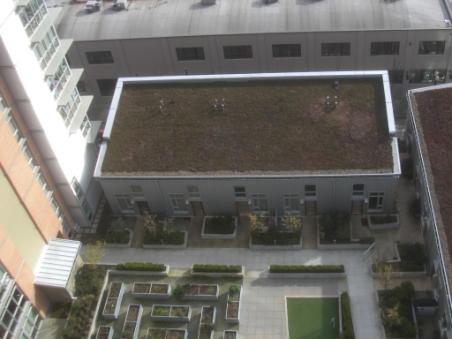 The group then shuttled to Machineworks, an office building just under the I405 freeway. This project also had multiple green rooftops, and we visited the top roof. This allowed us a chance to look down on the lower deck. 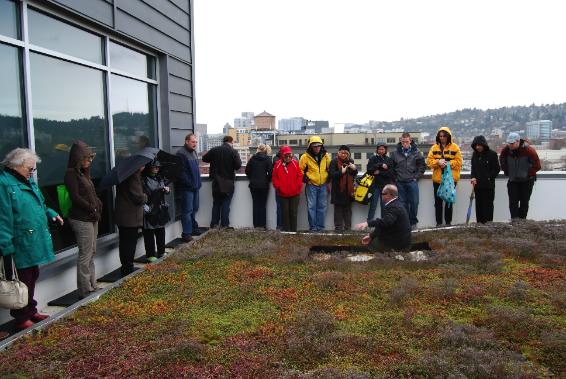 We visited the Encore Luxury Condominiums as the last stop, and with access to one of the units were able to view a lower deck ecoroof. 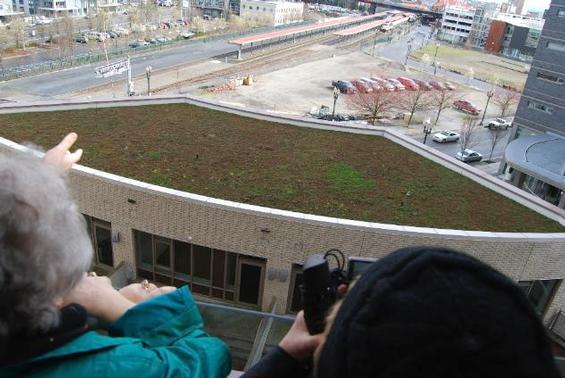 Many thanks to the attendees and the team at Green Above Ground for an excellent tour!

Despite the weather forecast, we tried all week to manifest some good bicycling weather for the eastside bike tour.....and it worked! And even better, over 30 enthusiastic people arrived for the tour.

We started at the International Harvester Building in the Central Eastside Industrial District. We met the team from Solterra, and the led us on a tour of the 5,750 ft² integrated ecoroof and solar project. 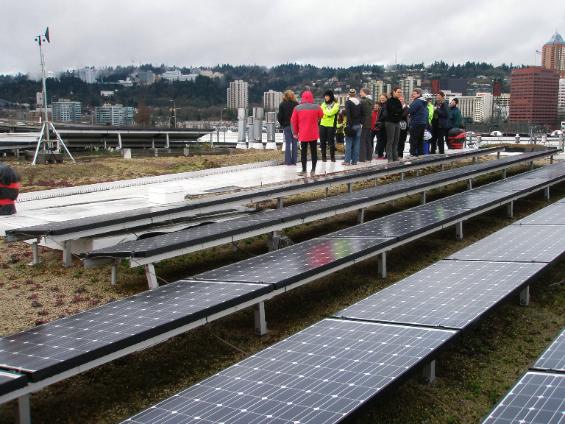 We then biked to the Multnomah County Building (501 SE Hawthorne Blvd) where we met Alan Proffitt, the County's Facilities Property Manager. 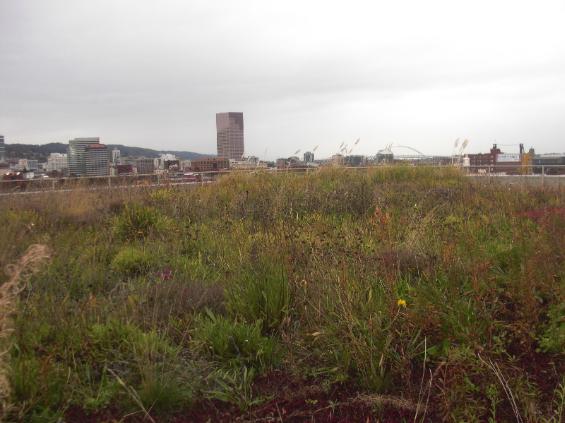 The next stop was the rooftop garden operated by the Noble Rot Wine Bar. The restaurant grows herbs and vegetables to fulfill their menu, and has one of the prettiest views in town. 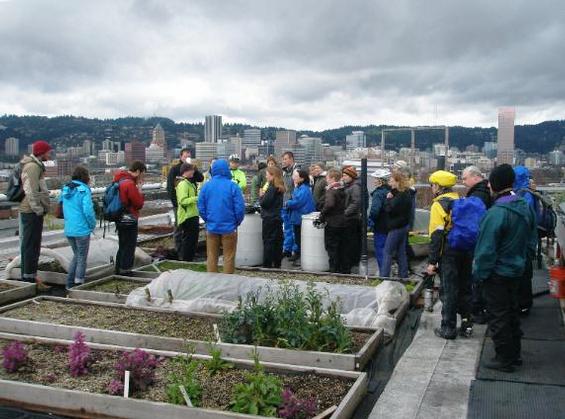 We then rode east to the Harpoon House, a newer residential project in Southeast Portland. This small-footprint home has three ecoroofs, and the homeowners have done an amazing job tracking their progress. 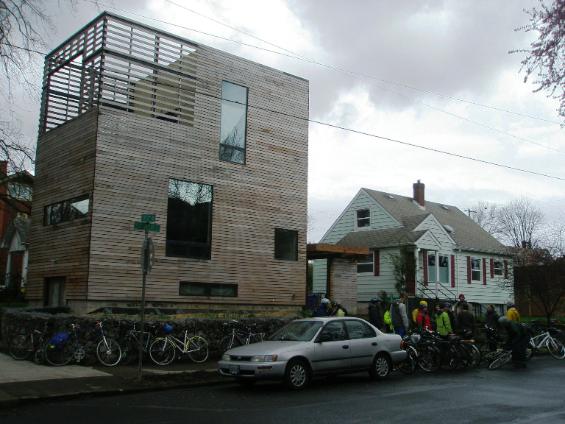 Our last stop was a new construction project near SE 28th and Burnside. The commercial reroof project boasts a 7,000 ft² ecoroof atop three woodshops. It complements the new residence unit, shown below. The property owner, Thom Ross, and Dan Manning, of Ecoroofs Everywhere, were on hand to give an overview of the entire project. 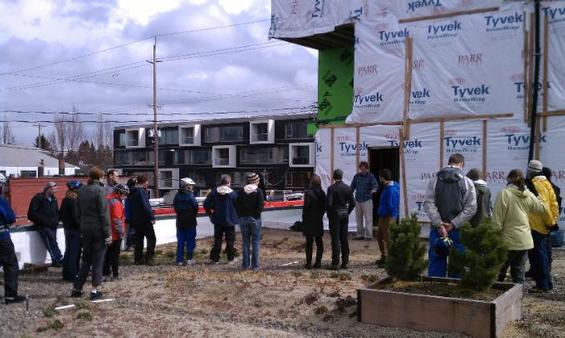 We ended Ecoroof Month in style, with 30 enthusiasts atop some very interesting and enjoyable ecoroofs in Portland. And we couldn't have been luckier with the weather. Thanks to all that attended and made the tour so much fun!