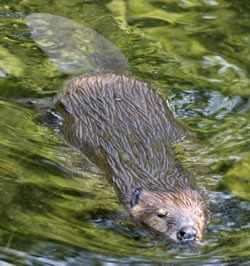 The American beaver is a native mammal that plays an important ecological role in our watersheds. It's also a species of management concern for some landowners. This page has information aobut how to tell the difference between beavers, muskrats and nutria.