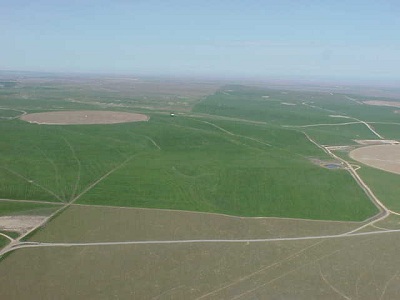 Recycling biosolids through land application returns a useful resource to the land. Biosolids are rich in nutrients and organic matter that aid the growth of farm crops, gardens, forests and parks. Biosolids can also restore vegetation to soil disturbed by mining or topsoil removal.

The City of Portland once landfilled its biosolids, which is an expensive and unsustainable practice. Beneficial reuse of biosolids frees up finite landfill space and replenishes the soil with valuable nutrients and organic matter. Biosolids can also offset the use of commercial fertilizers, which are produced by a fossil fuel-intensive process. 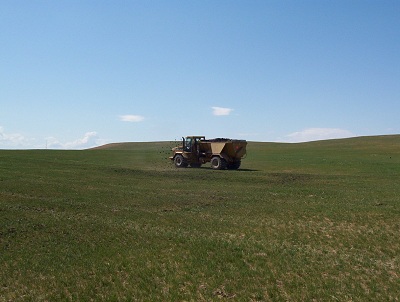 How do biosolids help soil and crops? 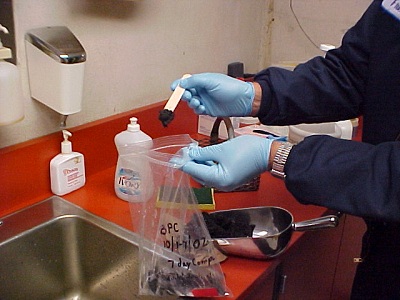 Environmental Services works to find the most environmentally, economically, and socially responsible way to manage biosolids. The city has evaluated biosolids land application as the best way to meet this "triple bottom line."

In 2010, the city began land-applying some of its biosolids near Wasco in Sherman County. The Sherman County sites are about 80 miles closer to Portland than Madison Ranches, which reduces the city's fuel consumption and program costs. Sherman County farmers pay the city for the fertilizer value of biosolids. The funds support biosolids studies at Oregon State University (OSU). Study findings from OSU help the city improve product quality and application methods to provide the most benefit for Oregon farmers. 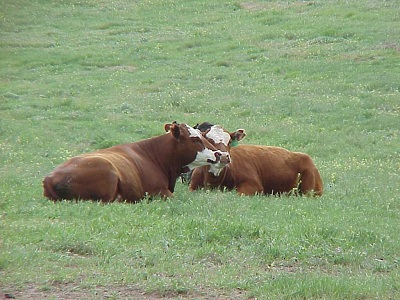 The EPA, the Oregon Department of Environmental Quality (DEQ) and the Oregon Environmental Quality Commission (EQC) all support biosolids land application. Hundreds of university research papers and thousands of successful land applications every year across the country prove that recycling biosolids according to regulations is safe and effective. In Oregon, Oregon State University research has demonstrated that biosolids application benefits many crops, including wheat and forage crops.

How are biosolids treated and monitored?

The City of Portland uses anaerobic digestion to reduce pathogens and to make biosolids less attractive to vectors such as flies and birds. The digestion process heats and mixes wastewater solids in oxygen-free tanks for at least 15 days at a minimum of 95 degrees Fahrenheit to destroy most pathogens. When the city land applies biosolids, ultraviolet light from the sun, drying and soil microbes destroy any remaining pathogens. DEQ rules also require harvesting restrictions, application setbacks and access restrictions to further protect public health. 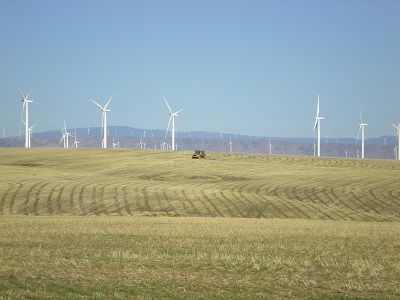 The level of trace metals in City of Portland biosolids is well below limits set by an extensive EPA risk assessment. The city requires local industries to treat their own process wastes before discharging to the Portland sewer system, which reduces metals in the city's biosolids.

Biosolids can also contain trace amounts of organic compounds. Establishing buffer zones around application sites and restrictions on application timing help prevent these compounds from reaching water bodies. EPA studies indicate that the concentrations of organic compounds in the city's biosolids are so low that they have negligible risk to the environment and public health.

The city samples biosolids on a 24 hour schedule to verify compliance with federal and state regulations. The city also continuously monitors wastewater entering the treatment and at several other points in the wastewater treatment process to detect any irregularities that may adversely affect biosolids quality.

The city also annually monitors soils where biosolids are land applied to ensure that metals, synthetic organic compounds and soil nitrate-nitrogen does not adversely impact soil, groundwater or public health.

The EPA has recognized the City of Portland's biosolids program for being "...an outstanding outstanding project involving and enhancing the beneficial use of biosolids.”

The Oregon Department of Environmental Quality has also commended Portland’s program. “The City of Portland has operated a program for the beneficial reuse of biosolids on agricultural crops and range lands at Madison Ranches since 1990. Land-applied biosolids have provided valuable organic matter and nutrients to both agricultural crops and pasture. In addition, biosolids from the City of Portland have been used to establish and improve the growth of native vegetation on steep, highly erodible slopes, which reduces soil erosion and preserves valuable top soil. The City of Portland’s biosolids program has operated in compliance with state requirements and serves as an example of a well-run program to other biosolids programs within Oregon as well as nationally.”