Metro and the City of Portland teamed up this week to protect 54 acres of wildlife habitat near the Columbia Slough in northeast Portland. The acquisition is a partnership among Metro, the Portland Bureau of Environmental Services and Portland Parks & Recreation (PP&R). PP&R will manage the site as a natural area. 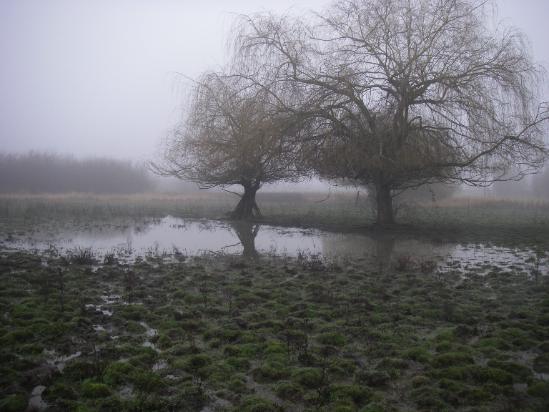 Nestled next to Broadmoor Golf Course, the new natural area features sensitive wetland habitat and wildlife that depends on it. More than 170 species of birds including kingfishers, owls and great blue herons use the area, in addition to deer, bats and amphibians. A trails plan for the Columbia Slough calls for a future pathway to wind along the new property, bringing walkers, runners and cyclists up close with nature.

“This wetland area along the Columbia Slough is a rare remnant of Columbia River floodplain,” said Portland Environmental Services Director Dean Marriott. “Preserving it will protect a significant natural resource and help improve water quality in the slough.”

Voters across the region approved a $227 million bond measure in 2006 to protect water quality, wildlife habitat and opportunities to enjoy nature. Metro buys land in 27 areas, selected for their high-quality habitat and ability to make a difference.

The Columbia Slough is one of the most expansive focal points of the bond measure, with wetlands and slow-moving channels stretching 19 miles from Fairview Lake on the east to Kelley Point Park in north Portland on the west. It’s also one of the most urban areas, dotted with warehouses, neighborhoods and major thoroughfares.

“What sets it apart is that you are surrounded by urbanized areas,” said Metro Councilor Rex Burkholder, who has represented this part of the region for 12 years. “Yet there you are, and you’ve got eagles and herons and otters.”

The once-degraded slough is returning to health bit by bit, with a concerted effort by nonprofit groups, public agencies and residents. Metro and the city have collaborated to purchase four new natural areas in the slough watershed, including the latest addition. Metro also has secured rights to build nearly three miles of the Marine Drive and Columbia Slough trail networks, where significant gaps currently force visitors onto the street.

“It will slowly recover over time, because we’re going to help clean it up,” said Burkholder, who will be recognized by the Columbia Slough Watershed Council in February for his leadership. “Giving access to people to something right in their back yards is so amazingly special.”