This Dec. 28th, the Endangered Species Act turned 40 years old.  When it passed in 1973, 99 Senators voted for it, 0 opposed, and President Nixon signed it without controversy.

Since then, the Endangered Species Act (ESA) has influenced much of Portland's local planning, development and infrastructure.

It has also spurred City projects and activities by countless Portlanders to help protect and restore the rivers, streams and forests that are home to threatened and endangered species. 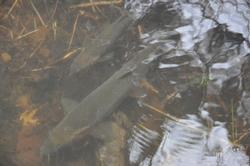 Portland has the most ESA-listed species of any major city in the US.  That may seem like bad news, but it actually means we have a lot of our native fish and wildlife left to save right here in the city, thanks to our region's long-standing commitment to protect nature.  For other cities, the ESA didn't arrive fast enough to protect dwindling native species.  Chicago barely knew its passenger pigeon, Atlantic salmon in New York City are forever gone and Bostonians will never again hear the howl of the eastern timberwolf. 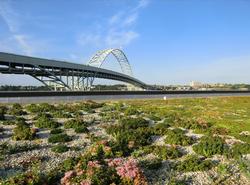 Since the first Chinook salmon listing in 1999, there has been an average of about one new ESA listing a year for species found in Portland.

Portland's City Council started our local Endangered Species Act program in 1998, to coordinate the City's response to the new regulations and to step up to the challenge of reversing the decline of our native species because we know it is the right thing to do.  The program is now housed in the Bureau of Environmental Services' Science Fish and Wildlife Program.

As 2013 comes to an end, it's a great time to celebrate the national accomplishments of the ESA, like the return of bald eagles.

It's also time to celebrate our local accomplishments of the past year.  Projects and programs like these help keep our water clean, our forests and floodplains resilient, and our community healthy and prosperous: 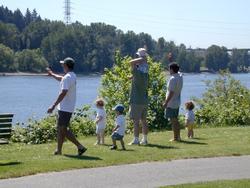 It's been a busy year!

With everyone's help, in another 40 years hopefully we will be celebrating Portland's new reputation as the city with the cleanest rivers and the most recovered ESA species.

For more on the ESA, check out this CBS news editorial:  http://www.cbsnews.com/news/the-endangered-species-act-turns-40/

And the NOAA Fisheries website's special features for the 40 year anniversary.