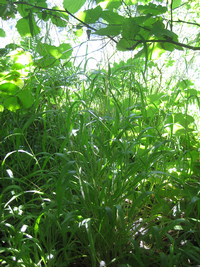 False-brome has been moving north through the Willamette Valley for many years, but has so far remained primarily on Portland’s edges. Most false-brome in the Portland area is found in the Clackamas River basin, though patches have been found and treated on both sides of the Gorge, on the edge of Forest Park, on Powell Butte, and on several islands in the Willamette. These sites underscore false-brome’s ability and tendency to move along hiking trails or moving water.

So, how bad is it? False-brome is a significant nuisance in the mid-Willamette Valley. Because of its prevalence upstream, the goal for Portland is to control as many of the new patches as possible. We've had good luck so far, but it won’t take long for this species to get out of hand. The occurrence map gives an idea of where we have already found it, thus increased likelihood of finding more. It does not mean that we won’t find more plants far from the points indicated. We probably will. 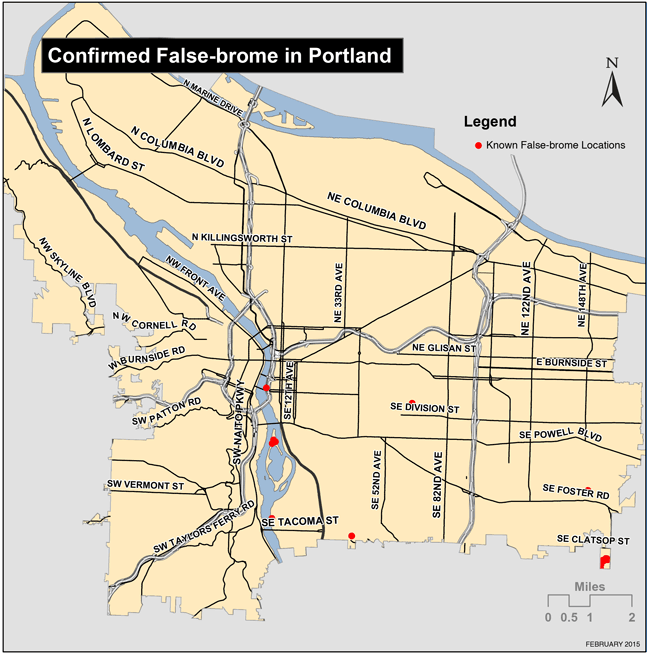