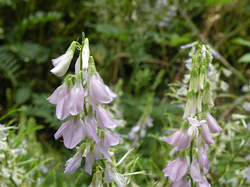 Goatsrue is a good example of Early Detection, Rapid Response (EDRR) performing as intended. As of 2014, the range of goatsrue in Oregon is limited. There are only five existing small sites in Oregon, all in the Portland metro area. By comparison, at its worst, goatsrue was known on 60 square miles in Cache County, Utah. Since management began in the 1970s, goatsrue has been found in ten other states, including Washington and Oregon, but mostly in the mid-Atlantic states and New England. 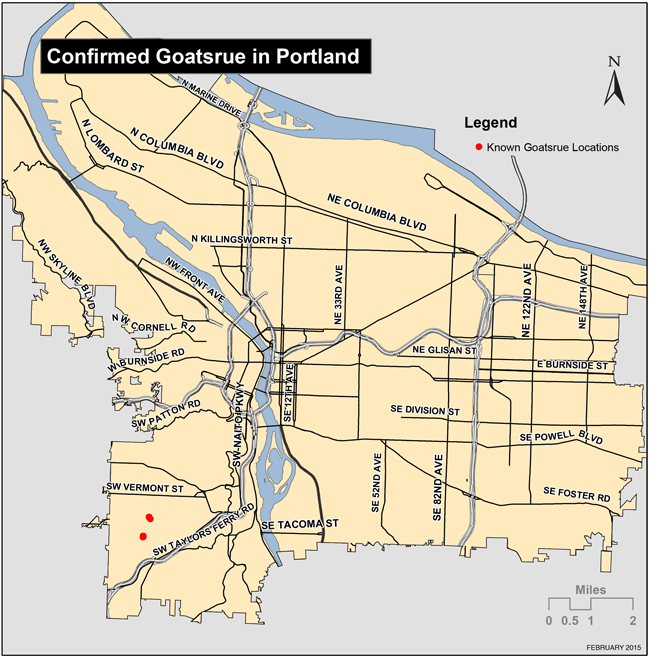