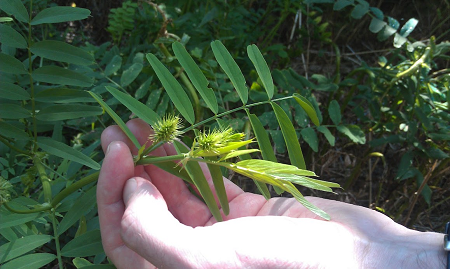 And they’re not that close. Vetches and wild peas are viney and tend to creep along the ground or over other plants, with white, pink, or purple flowers and tendrils that twist around nearby objects for support. In contrast, goatsrue has flowers that tend towards a pale lavender (though white flowers are known) and lacks tendrils. Both goatsrue and its cousins create peapod structures (being peas, after all), though goatsrue pods tend to look a little rumpled and twisted.