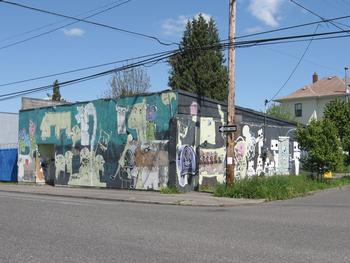 Ellis Dry Cleaner operated on this site from 1950 to 1986. During that time, the owner improperly disposed of the commonly used dry cleaning solvent tetrachloroethene (also known as PCE or perc), which we now know to be a cancer causing chemical. Several neighbors purchased the property in the late 1980s to start a small business. They were unaware of the potential environmental concerns associated with dry cleaners, and performing site assessments was not yet a common practice for small commercial properties. When the business venture fell through, site assessments were sought during the attempted sale of the property. Initial assessments revealed high levels of PCE, far above acceptable human health levels for commercial properties. These findings prompted further testing. In 2006, the Portland Brownfield Program became involved and funded an additional Phase II ESA as well as air quality tests on neighboring properties in 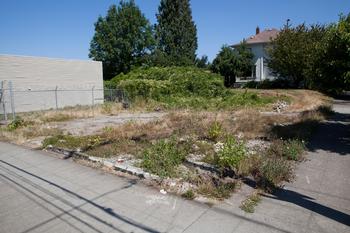 order to clarify the extent of contamination and understand cleanup needs. Due to the potential cost of cleanup, the site remained unsold and was declared an orphan site, a property where there is no responsible party and no available funding for cleanup actions. 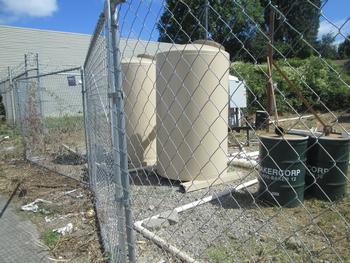 Recently, a local development team with experience remediating challenging commercial properties worked with DEQ to design a cleanup plan, and upon purchase was protected from environmental liability under a Prospective Purchaser Agreement (PPA). The PPA and the cleanup plan was funded by a low interest loan from the Portland Brownfield Program Revolving Loan Fund.  To date the owners have installed a soil vapor extraction (SVE) system that pulls vapors out of the soil and away from neighboring properties.  In combination with the removal of soil hot spots, the system will clean the site and prepare it for redevelopment over the next two years.