This site had a long and questionable history with former uses as a dry cleaner and an auto repair shop.  Previous limited investigations revealed contamination of the soil and groundwater.  As a known brownfield, use was limited on this site and the lot served as overflow parking for East West College of the Healing Arts.  Largely unused and with no plans for development, East West sold this site to Urban Development + Partners (UDP) in 2010.

Before purchasing the site, UDP worked with the Brownfield Program to complete Phase I and Phase II environmental site assessments.  Assessment revealed that mineral spirits, benzene, and other contaminants from an old clothes cleaning and dyeing business had infiltrated the soil.  Cleanup occurred and the site was prepared for redevelopment. 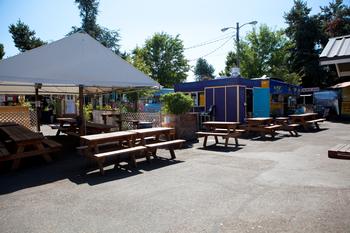 In early 2016, UDP will move forward with full site redevelopment. Named PDX Commons,  the senior co-housing condominium project will include 27 units for people 55 and older, have several common areas, and ground-level retail space. 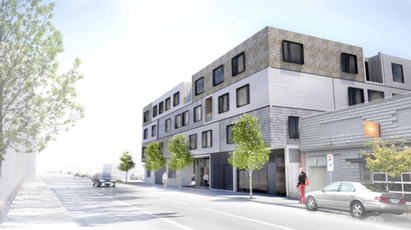