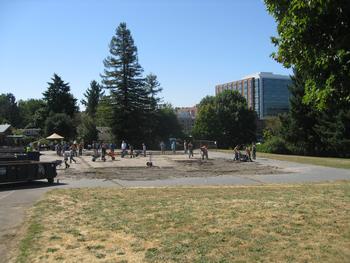 This large paved area was previously the site of a detention facility before it was acquired by the City of Portland's Parks and Recreation department (PP&R).  Wanting to dedicate a western portion of the park for a new community garden, PP&R contacted the Brownfield Program to help determine in the site was safe for growing food. The Brownfield Program funded the Phase I and the II Environmental Site Assessments 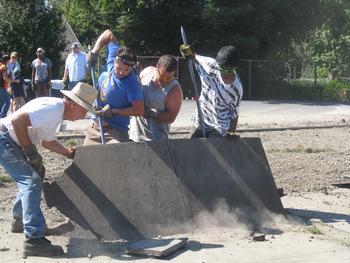 that revealed elevated lead levels in the surface soil from a long-gone building.  A remediation plan was developed for removing the contaminated soils.

With the help of local nonprofit Depave, volunteers spent two days removing the concrete pad that covered the site.  Then PP&R removed the contaminated soil from the garden area, leaving a clean plot ready for growing. 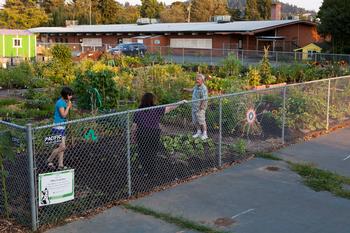 The Frazer Park Community Garden opened in the spring of 2012, offering eighteen new gardening plots to the community.