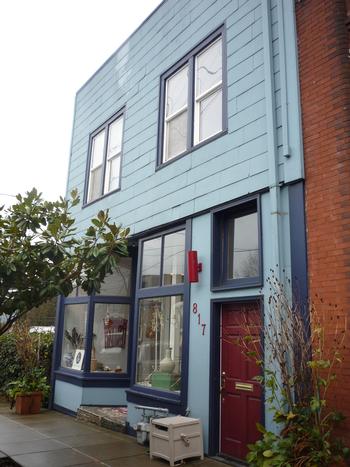 Campbell Dry Cleaner operated on this site from 1952 to 1995 in which a long-time neighbor agreed to purchase the site from the Campbells.  The space was then renovated with an upstairs apartment and a downstairs commercial space.  Years later and under financial strain, the owner decided to sell the building.  Due diligence from a prospective purchaser prompted an environmental site assessment (ESA), which revealed significant contamination from the dry cleaning chemicals TCE and PCE in the soil beneath the building.  Due to the extent and nature of the contaminants, the sale of the property was put on hold.

The current owner was later encouraged by the Oregon Department of Environmental Quality (DEQ) to clarify potential vapor intrusion issues with additional site assessments.  Wanting to move forward but lacking the funds, the owner requested assistance from the Portland Brownfield Program.  The additional Phase II assessments clarified the extent of the contamination in the soil and air quality tests confirmed vapor intrusion into the building.

The owner is now working with DEQ under the Voluntary Cleanup Program and cleanup is moving forward.