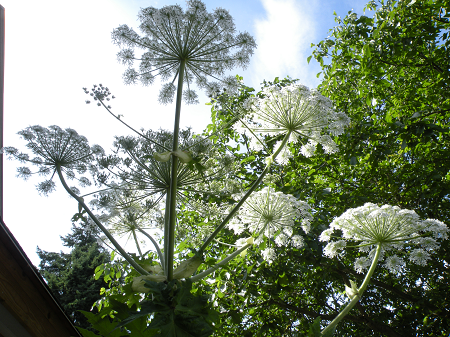 Control where it goes

Prevent these plants from going to seed by managing them early, and avoid swapping new starts.

Control where it grows

If you suspect you’ve found giant hogweed, the Oregon Department of Agriculture, and the City of Portland both REQUIRE you to report it.  You can report suspected patches to:

Both the Oregon Department of Agriculture and the City of Portland offer assistance with managing giant hogweed if you would like it.