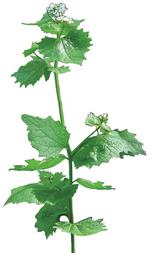 Garlic mustard.  You’ve probably heard of it.  You’ve maybe seen it.  It might even be in your neighborhood.  It has been a priority invasive species in Portland since 2004.

Managing this invasive plant involves coordination across three counties and multiple agencies, including the Oregon State Weed Board and the Oregon Watershed Enhancement Board.  Individual Portlanders and neighborhood groups are also providing critical help.

There’s still work to do and it is difficult to see changes from year to year, especially for a weed as adaptable, persistent and widespread as garlic mustard. But, we’ve made improvements on many fronts.

The numbers of plants are down substantially all over town, and particularly on the west side. In recent years, there were sizeable infestations along roads like Germantown, Skyline, and Burnside. Now plants are scattered, patches are small, and our crews don’t have as much to treat as they walk miles of roadside. These “walking tours” will continue into the foreseeable future, to prevent re-infestation and to tamp down flare-ups. 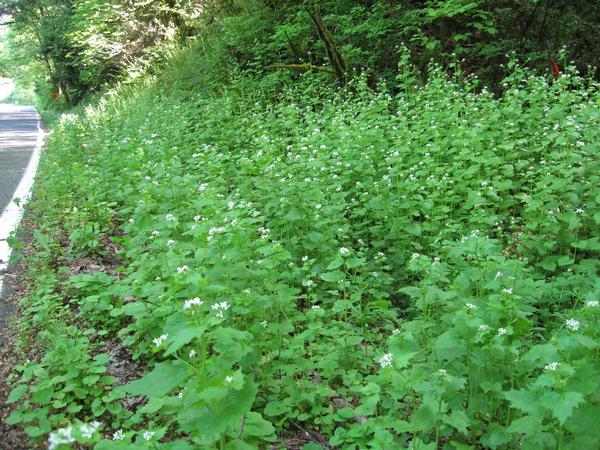 Photo: Garlic mustard along Skyline Boulevard in the West Hills of Portland

The City of Portland is intensifying its garlic mustard control efforts along streams with known infestations, while all partner organizations are increasing their surveys in peripheral areas. The West Multnomah Soil & Water Conservation District and Portland Parks have made important gains following and treating garlic mustard deep in previously unmanaged areas.

In addition, a few neighborhoods have committed to hand pulling certain stretches of road. These efforts have been quite successful, setting a model for other neighborhoods to adopt and adapt. (Check out the Skyline Ridge Neighbors). 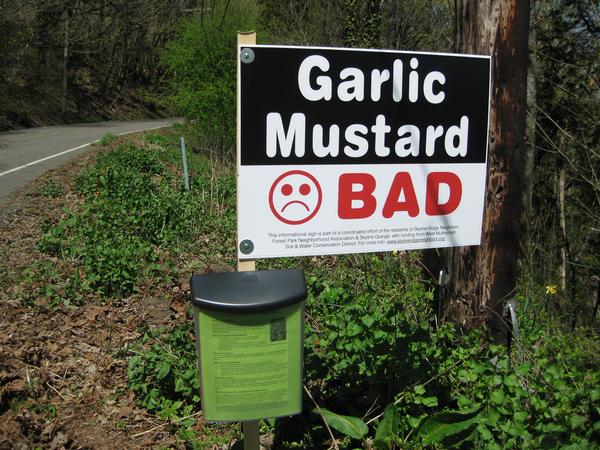 Visit www.portlandoregon.gov/bes/garlicmustard  to learn more about what the plant looks like, some of the lookalike species, garlic mustard’s growth phases, and updates on treatment and management. We hope the last item will provide insight about why we are taking specific steps. Our treatment season normally starts in April and wraps up in June, though we may be starting a little earlier in 2015.