The Columbia River is a defining part of Portland’s geography, culture and history. Flowing more than 1,200 miles from the base of the Canadian Rockies in British Columbia to its mouth at the Pacific Ocean, it is one of the largest rivers in the United States. The Columbia River  basin includes parts of seven states and is roughly the size of France. The City of Portland covers only a tiny fraction of the entire river basin. 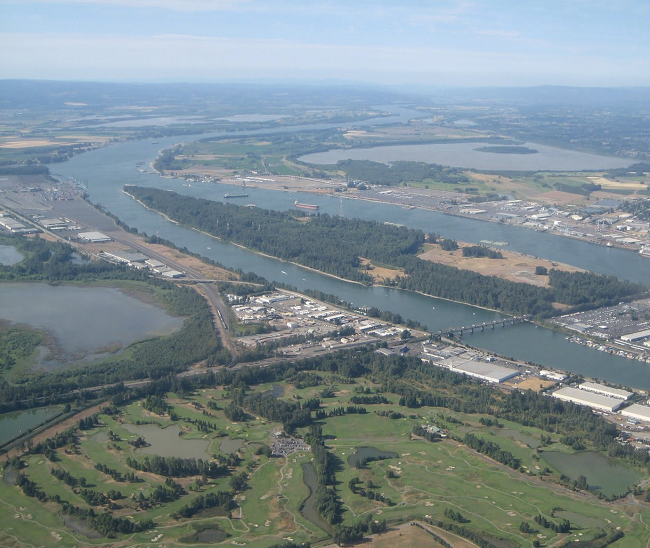 Even though the city occupies only a small portion of the Columbia basin, Portland is located where the Willamette River and Columbia River converge. The confluence of these two large rivers is an area of critical habitat for fish and wildlife. Salmon pass through this confluence and rest as they migrate from Canada and the Willamette Valley to and from the ocean. Many species of birds also travel through this area as they migrate between South America and the Arctic, and from the Pacific Ocean through the Columbia Gorge. 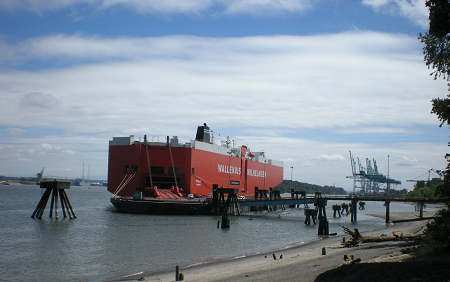 The confluence is also a critical area for the economy. The Columbia River contains significant port facilities that facilitate trade and link Portland to the global economy.

The Columbia River has many challenges over which Portland has little or no influence, such as upstream pollution and dams that regulate flow. One challenge in our confluence area is the limited amount of shallow water and off-channel habitat, and a lack of large wood that provides refuge for fish and wildlife.

Even though we have a small area of influence, all of Portland’s actions to improve water quality, habitat and diversity of fish and wildlife within the city also help contribute to a healthier Columbia River.