Portland has recently passed the one million square-foot mark for extensive ecoroofs built.   These ecoroofs manage over 23 million gallons of stormwater annually, making our rivers and streams cleaner and cooler while providing a little habitat, and cooling our urban environment at the same time.  Though we’ve been passed by larger cities like Washington DC, Toronto, and Chicago, Portland has seen a slow, steady increase in ecoroof construction since our first was built in 1996.

Extensive ecoroofs are thin-soiled vegetated roofs which manage stormwater using drought-tolerant plants such as sedum.  They are contrasted with intensive roofs, which have deeper soils, larger plants and often are more garden-like.  We have an additional 750,000 square feet of intensive greenroofs. 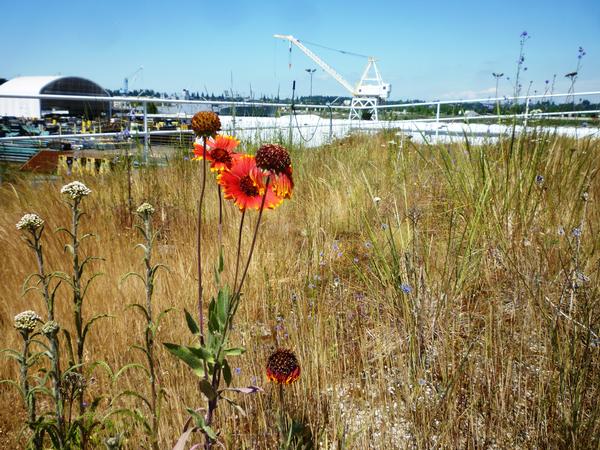