Three juvenile red-tailed hawks were discovered on downtown streets near the Portland Building recently, apparently having fledged their urban nest a little too early.  The hawks were too young to fly or hunt for themselves, so after a week of rehabilitation at the Audubon Society of Portland’s Wildlife Care Center, they were released on the Portland Building’s ecoroof.  The parents, who were still in the area raising young, spotted the birds and have resumed caring for them - bringing in rats, squirrels and pigeons while the juveniles continue to build their flight muscles on downtown rooftops.

Ecoroofs do a great job managing stormwater, while they cool and filter the air, reduce costs, and they look good.  Now we know they also make great sites for urban raptor releases! 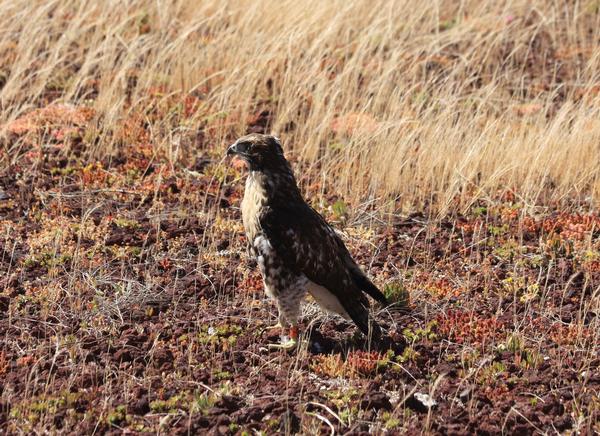 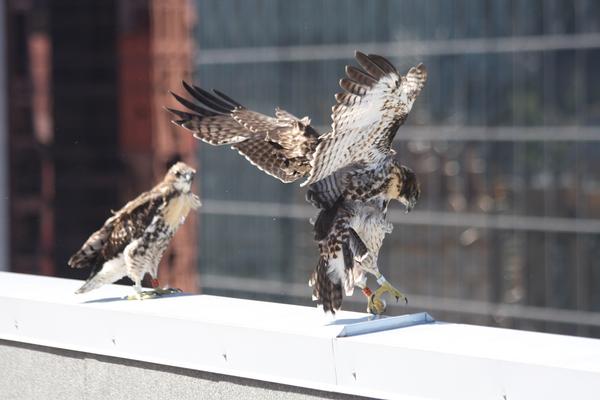